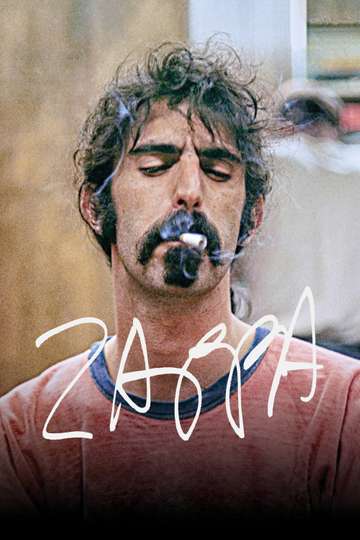 Want to watch 'Zappa' on your TV or mobile device at home? Finding a streaming service to buy, rent, download, or view the Alex Winter-directed movie via subscription can be a huge pain, so we here at Moviefone want to do right by you.

We've listed a number of streaming and cable services - including rental, purchase, and subscription options - along with the availability of 'Zappa' on each platform when they are available. Now, before we get into all the details of how you can watch 'Zappa' right now, here are some particulars about the Trouper Productions, Zipper Bros Films, Altitude Film Entertainment, BFI, Magnolia Pictures music flick.

Released November 27th, 2020, 'Zappa' stars Frank Zappa, Gail Zappa, Mike Keneally, Ian Underwood The movie has a runtime of about 2 hr 9 min, and received a user score of 74 (out of 100) on TMDb, which collated reviews from 27 knowledgeable users.

What, so now you want to know what the movie's about? Here's the plot: "With the help of more than 10,000 dedicated Zappa fans, this is the long-awaited definitive documentary project of Alex Winter documenting the life and career of enigmatic groundbreaking rock star Frank Zappa. Alex also utilizes in this picture thousands of hours of painstakingly digitized videos, photos, audio, writing, and everything in between from Zappa's private archives. These chronicles have never been brought to a public audience before, until now."