5 Video Games That Should Be Movies Immediately

Let’s be real, there’s a lot of video game movies out there, most of them pretty weak. But there are a lot more video games with terrific stories that haven’t been turned into movies yet! Sure, adaptations of games like Red Dead Redemption and The Last of Us have been in the works, but they're taking forever to make it to the big screen. And some of the best ideas are hiding in plain sight, in games that simply haven’t had their chance! So today, as April kicks off, we take a look at a few games that might have gone out of your radar, and how their stories would translate great into the big screen! Only a fool would disagree with us. 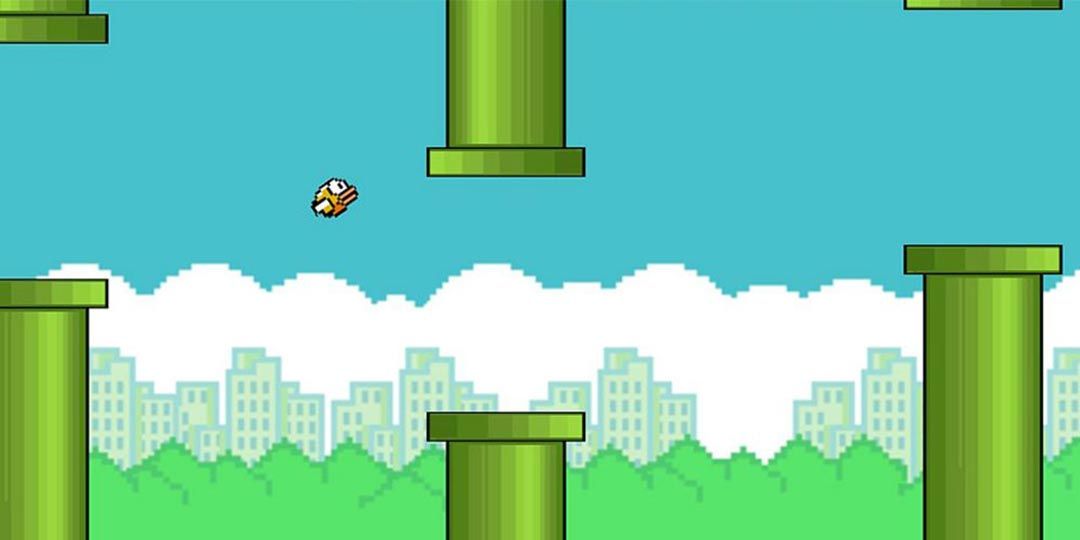 A dramatic moment from 'Flappy Bird'

Flap is a bird who has always lived life on the edge. When other birds wanted to flap as far away from the walls as possible, Flap wanted to get as close as he possibly could. Called a daredevil by many, his next stunt will be his most dangerous yet - landing on the wall, even when so many birds couldn’t. But what happens when he goes through the wall? When he finds out what lies beyond, when other birds couldn’t? Will he discover the secret as to why they all live their lives constantly flapping, or will he fail, just as all the birds before him have? What will he uncover? What was he never supposed to know?

What if everyone knew you, but no one believed you were you?

Skateboarding has been ruled by one man who has rocked the scene for years. He wins every tournament, stars in every homemade video of tricks and breaks records nearly every time he’s in the skate park. A legend for nearly a decade, and still skating at his older age. But... a weird phenomenon starts happening. People remember his feats, they know his name, but they don't believe that he really is... him. Kids come up, saying he looks like... him. But when he claims his identity, no one believes him. Now he fights the encroaching darkness of his own existential nightmare, while showing the skaters of today he still has what it takes to live to his name.

Imagine making every decision a lead character could make...

Space is large and open, and an intrepid explorer has to make many choices... choices you make. Will the lead pilot their own spaceship? Will you go to the mossy planet with no name, or the ice planet that has been colonized for thousands of years? You, the viewer will decide not just where the protagonist goes, but the ship they'll inhabit, and even what they wear! Will they activate thrusters, or float through the calm of space? But their journey isn’t just about what ship they'll command and the planets they'll visit. Will they trust the giant core of space leading them ever closer? Will they accept what it has to tell them? Control your decisions using a smartphone app that accompanies the film!

Mama has harsh lessons to teach.

Trudy has come from a long line of chefs in her family. Her parents, her grandparents, and even farther down the line. But as her family’s business is losing more money than it’s making, she has to learn to take the show on the road. And with her mother, someone she hasn’t seen eye to eye with for a long, long time. Mama doesn’t think Trudy is ready to take over the family business, harshly judging her daughter’s cooking skills. But can these two stay on equal footing to keep the family business alive with the new food truck Trudy has bought for them?

Mario lives his life 16 bits at a time.

This exciting anthology film follows multiple racers, all with different reasons for continuing this decades-old street race. Follow the plumber brothers Mario and Luigi, desperate to keep their reputations going, even in their old age. Daisy, a princess from the Mushroom Kingdom, who has turned to a life of street racing to work her way to the top - something that was taken away from her years ago. And then there are the vicious criminals Wario and Waluigi, two washed-up, former capos, fallen from glory and now merely laughing stocks. But who will be laughing when they pull off their greatest crime... sabotaging the big Rainbow Road race and driving off with the cash?

As our gift to Hollywood today, we know that these games are sure to make the best movies to ever hit the silver screen. All of these games contain incredibly rich and thoughtful plots. We know that some of these games' stories may not get as much love as they deserve, but we stand by their potential! Stories can come in all shapes and sizes in gaming, just as we see in film. Sometimes, stories don’t have to be right on the surface, and where many people see a fun party game or a game about skateboarding, we see deep, dramatic possibilities.