The Academy Award winning actor from ‘The Pianist’ and last year’s ‘The French Dispatch’ discusses his latest movie, which he also co-wrote and produced. 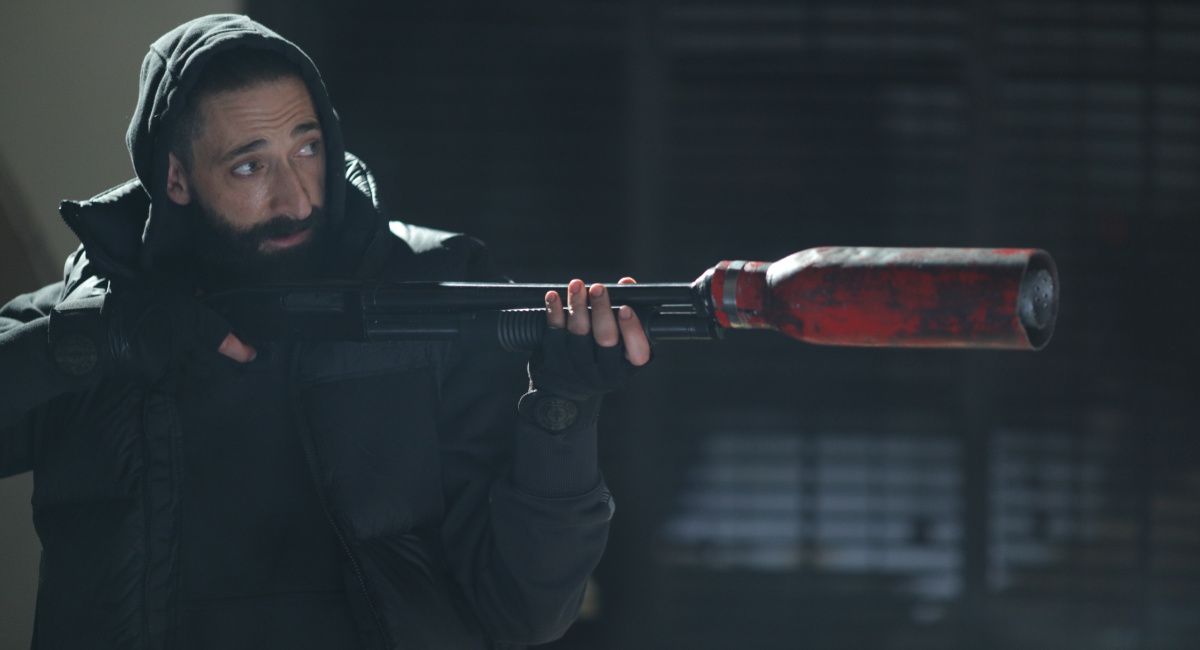 Opening in theaters, on digital rental, and VOD beginning January 28th is ‘Clean,’ from director Paul Solet. The film stars Oscar winner Adrien Brody ('The Pianist’), who also co-wrote the screenplay with Solet, created the music for the movie, and served as producer.

The film centers on Clean (Brody), a recovering alcoholic and former criminal who is now living a simple life as a garbageman after the death of his daughter. He soon befriends a young girl named Dianda (Chandler DuPont) and after helping her out of a dangerous situation, gets put in the crosshairs of local mobster, Michael (Glenn Fleshler). With Michael out for revenge, Clean has no choice but to protect himself and fight back.

In addition to Brody, DuPont and Fleshler, the cast also includes Mykelti Williamson (‘Forest Gump’) and RZA (‘Nobody’).

Moviefone recently had the opportunity to speak with Oscar-winner Adrien Brody about his new movie, ‘Clean.’ You can read the full interview below or watch it in the video player above.

Moviefone: To begin with, you are not only acting in ‘Clean’, but you are also a producer, you co-wrote the screenplay, and created the music for the movie.

What was it about this particular story that made you so passionate about this project and what was it like having the opportunity to express yourself artistically in ways that you hadn’t before?

Adrien Brody: I mean, that was part of the impetus to make it. I had been looking to find a role somewhat within this vein for forever. I love films where the hero of the film is so deeply flawed and tragic, and in spite of all of those factors, that some of them are even unlikable qualities, you root for him. That he or she is able to surmount that and do a heroic act.

It's something that I know I can do well, to play the physicality that often hasn't been afforded to me. I just wanted to tell a story that also felt that it honored and spoke to a lot of what I am troubled with in this great nation and a lot of the frustration and anger that I feel within that ‘Clean’ represents.

I think it's a collective feeling that we all have of a sense of powerlessness against oppressive forces. The ability of pharmaceutical giants to create mass addiction that then they'll reign in. Then all these people turn to street drugs because they can't afford to get their fix that they've been fed.

There's this undercurrent of so much hardship that people and young people, especially in impoverished areas must escape from in order to have a life ahead. So, I wanted that in the scope of an entertaining film, not to shy away from them, if that makes sense.

Then the music. The music is another part of that. That is also deeply influenced by my life growing up in Queens, New York, through the birth of hip hop and through everything that feels right for the tone. It felt like a character within the movie. So, that was an afterthought, I didn't set out to take on even more responsibility. It just felt like it was my responsibility to share that and to help bring more emotional complexity to the overall picture.

MF: Finally, can you talk about collaborating with director Paul Solet both on the screenplay and as well during production?

AB: Paul's wonderful. We had worked in the past on ‘Bullet Head.’ I pitched Paul the idea of doing this together and really asking his help. Because I didn't really have the confidence to write a screenplay on my own. I trusted his sensibilities and he brought so many interesting qualities to this that were truthful to him as well. It was a very interesting process and I greatly appreciate all that he's brought to this.