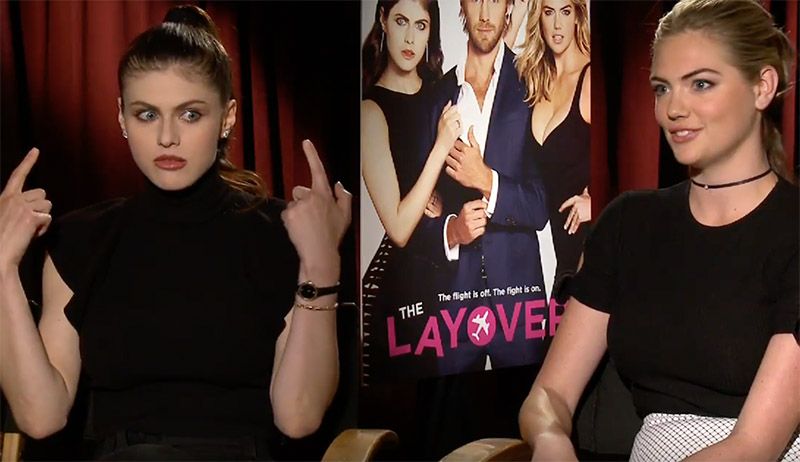 Alexandra Daddario and Kate Upton from The Layover

For Kate Upton and Alexandra Daddario, it was easy to fall into their characters of Meg and Kate, best friends who find themselves competing for the same man while waiting for their plane to take off from St. Louis.

But in the end, says Upton, their friendship survives and thrives in this quirky comedy from director William H. Macy. "You see that ultimately they're in that bad place in their life," says Upton, "and they're taking it out on the person closest to them."

As for the subject of their competition, Ryan (played by Matt Barr), both women dug into their own romantic pasts for inspiration.

"Ryan is like that guy we've all dated who just thinks he's never lying but he just leaves out facts," says Upton. "He's playing the good guy but there are other things that are happening."

Upton quickly adds: "But Matt Barr is not like that at all!"