Seyfried talks about working with writer/director Amy Koppelamn, and both stars talk about the importance of portraying someone with a serious illness like what’s seen in the film.

In ‘A Mouthful of Air’ Amanda Seyfried plays Julie, a woman struggling with severe depression. Finn Wittrock plays her husband Ethan, and both actors spoke to Moviefone about their new film.

Moviefone: What discussions, Amanda, did you have with director-writer, Amy Koppelman about this movie and your character?

Amanda Seyfried: We had met about a year and a half before we made the movie, and we just talked about... The script was in its kind of first, second draft, and we talked about kind of collaborating on our own experiences, to add to Julie's world, to kind of create a more 3-D Amy, Amanda version of Julie. So that was interesting. It was a really interesting process, because I've never been able to do that and have that much to say, that much perspective to give to a story. It was interesting and cathartic and also just powerful for me because I felt... By the time we got to set, it was something that I really deeply understood, even though I'm not Julie, and I'm not going through what Julie's going through. There are some aspects that are very much me, mean very much Amy. So that was interesting, and it made for a more, a deeper experience, which you don't get so often, especially with low-budget movies and not when you don't have enough time in a movie.

MF: I think it was going to be confusing for people who don't suffer from depression, who has never experienced it within themselves or with a loved one because from the outside, Julie seems like she has this great life. I mean, beautiful kids, a wonderful loving husband, a great career, yet she struggles.

Seyfried: That's what's so important is that it is so jarring as someone, I mean, who knows many people, especially people in my family who have suffered from actual depression. I have not. You can't ask someone to think differently. You can't show somebody their life and say, "Look at your life", because the illness, the disease itself is preventing you from being able to see clearly at them, and that's the thing, you feel any mental illness, I know in my experience, I feel so alone because I feel like I'm the only one in the world suffering and the truth is so many people are. In this country, especially, we don't have the right healthcare yet, but infrastructure that we will one day, I think. It's just, you got to show that contrast because it's jarring.

How could you be so unhappy, so sad, so self-loathing, if this is your life? It's just... That's the disease and that's why we have to take it seriously and that's why we have to shine a light on it because there is a stigma attached to mental health, that there isn't with cancer and there isn't with other diseases, you have kidney disease, you can see it, but here this is in your brain. This is something that is not so physical, but it is, and so I think that's why we're lacking. 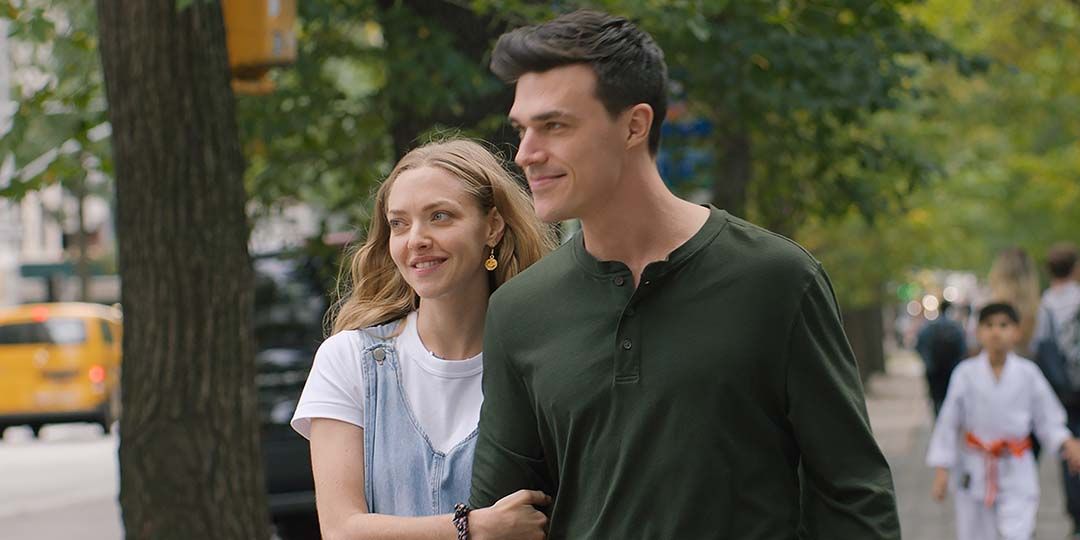 Amanda Seyfried & Finn Wittrock in 'A Mouthful of Air'

MF: And Finn, how does this affect your friends, your family, and everybody around you?

Finn Wittrock: Yeah, I think Ethan kind of represents the loved ones who are kind of stranded or left behind or just left in the dark about what's going on inside of someone who's suffering. I think the point of having a good relationship between them and having actual real love there was to show how powerful and insidious the illness can be. There's no easy way to point to she's like this because her husband isn’t nice to her. You can't create such an easy paradigm and so it makes it more mysterious and more complicated, and I think that's kind of the point, really.

MF: And what is Ethan actually, what is his reaction? Because it's also very hard on him.

Wittrock: Yeah. I think it's very lonely. There's so much, she needs so much. He's trying to give her what she needs but at the same time, because of that, he feels she's so fragile that he can't really ask for anything for himself. So it kind of becomes a one way street, kind of in a sad way.

Seyfried: He's so patient and so devoted, but at the same time, he can't reach her anymore and that's a whole other experience.

Wittrock: I think he's a guy who's always thought he could fix stuff, he could make it okay, and now he’s finding himself sort of lost in the midst of this.

'A Mouthful of Air' is now in theaters.

A Mouthful of Air