How Stop-Motion Animation Brings 'Shaun the Sheep' to Life 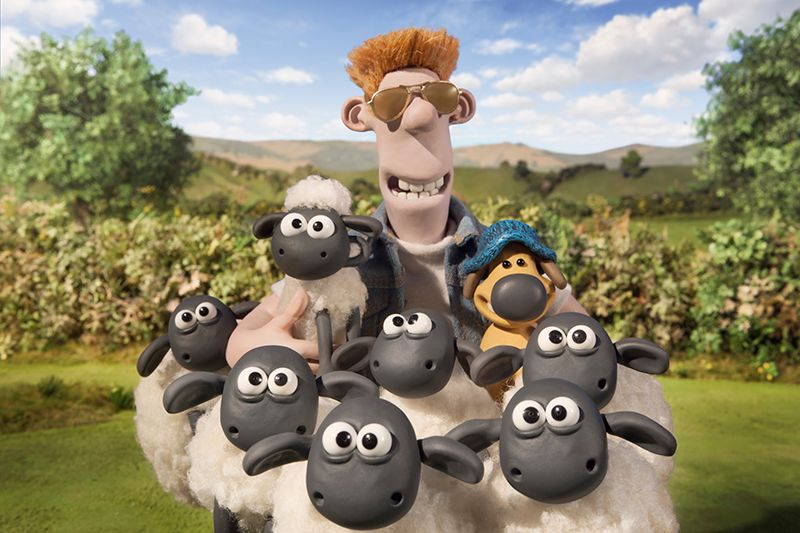 A scene from "Shaun the Sheep"

In a box office climate where CGI animated films dominate, “Shaun the Sheep’s” directors find greener pastures in stop-motion animation. Manipulating real-life figures and models in front of a camera, it’s a technique that predates CGI and all of its bells and whistles by 60 years.

Still, there are no shortcuts in stop-motion animation.

“Stop-frame is just as complicated to do as CGI,” director Richard Starzak tells Made in Hollywood Teen. “You still have to do all of the same processes; it’s just that they’re done in the comfort of a room with computer screens and that we have to do it on a studio floor.”

To bring the world of “Shaun the Sheep”—a popular children’s series in the UK—to its full-length feature form, it took more than 157 human figures, measuring six-and-a-half- inches tall, and 197 sheep puppets—including 21 for the titular star Shaun—and 58 cameras in a studio that captured the story.

Co-director/writers Starzak and Richard Burton and their team produced 40 to 50 shots weekly, yielding two-and-a-half minutes of actual runtime footage. To put that into perspective, had a single animator created “Shaun the Sheep,” it would take nine years to complete.

With no obvious incentives to create films utilizing stop-motion’s time-consuming techniques, Starzak raises the obvious question: “But why do it?”

“It’s just where art-man’s craft comes from—that’s what has developed for so long,” he says. “There’s no reason to switch to CGI because we do this very well. It’s more of a niche market and more of a craft, but it’s what we do. We have made CGI films as well, of course, but stop-frame is where the art-man’s heart is, really.”

"Shaun the Sheep" hits theaters on Wednesday. Watch the trailer below.
https://www.youtube.com/watch?v=tQvwiOWpj7o

'Shaun the Sheep Movie: Farmageddon' Teaser Trailer Is Out of This World

'Shaun the Sheep' Gives Something Extra in Credits