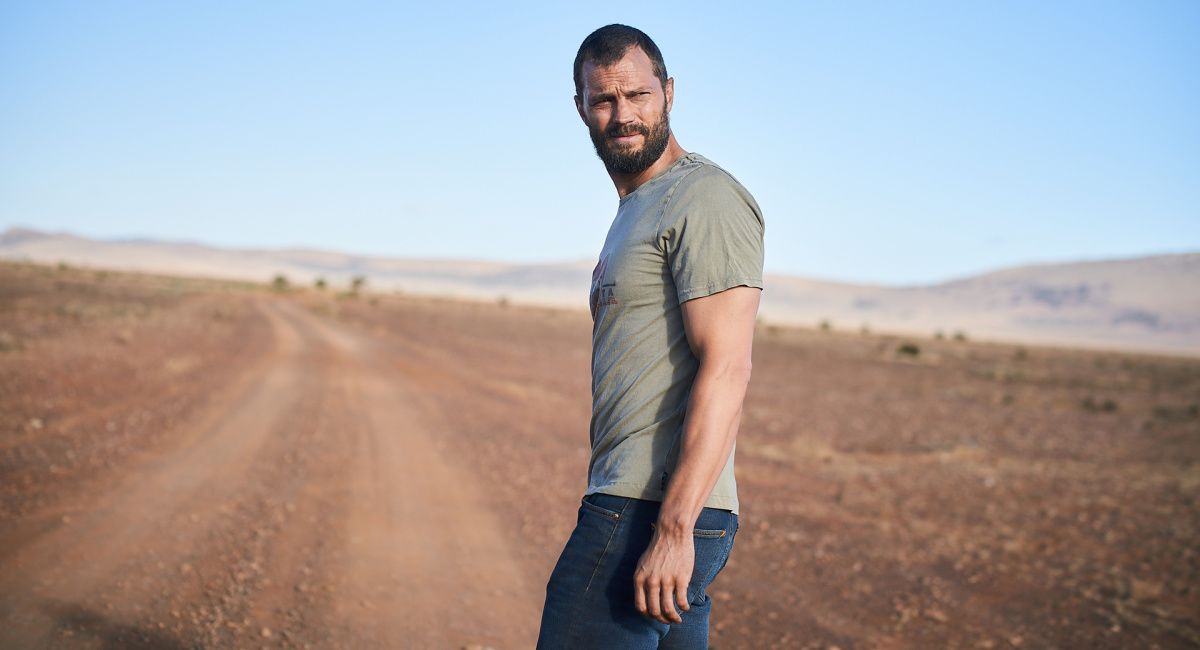 In the series, Dornan plays a man who wakes up in Australia with amnesia after a car accident and has no idea who he is. As he begins to discover clues about his former life, with the help of a local police officer (Danielle Macdonald), he learns that there are people trying to kill him and that he might not like the person he used to be.

In addition to Dornan and Macdonald, the cast also includes Shalom Brune-Frankilin (‘Thor: Ragnarok’), Alex Dimitriades (‘Ghost Ship’), Olafur Darri Olafsson (‘The Secret Life of Walter Mitty’), and Damon Herriman (‘Once Upon a Time in Hollywood’).

Moviefone recently had the pleasure of speaking with Jamie Dornan about his work on ‘The Tourist.’

Moviefone: To begin with, can you talk about the challenges of playing a character with amnesia who wakes up in a world where he doesn't know who to trust, including himself and his own memories?

Jamie Dornan: It's a big challenge, to be honest with you, like the biggest challenge of my career for so many reasons. For the hostility of where we were shooting and for the madness of the predicament he finds himself in, it all getting pieced together for him, and the fear that would bring upon you.

But also, it's a different way of working. It's like the opposite of how you usually work in building a backstory and trying to discover and understand how your character reacts, and why they react to certain scenarios. It's none of that. It's the opposite of that.

Acting is all about staying in the present, but it's doing it in a very different way. Where you're trying to block out knowing what was in the past, because it's going to be told to you in the future, it's a very strange way of working. But it was exciting and challenging, and for me, that’s what it's all about.

MF: The series deals with the theme of “who are we?” Are we what we've done in our past? Or are we what we're doing in the present, and what we can do in the future? Can you talk about that theme and what did you think the answer is?

But then, there's also a whole thing of which it's revealed to him in episode five. He’s under the influence of a different force, and how much of that you can even fully believe and how much you can play with that. So, it's asking a lot of questions, but I thought that was a really interesting aspect of it.

MF: Can you talk about the relationship between your character and Officer Helen, and why does he choose to trust her?

JD: Well, how brilliant is Danielle McDonald? She's just so brilliant in it. She comes at a time where she’s someone who's showing an interest in him, showing she cares, and showing she's willing to help. When he has nobody, and it's an unlikely combination of people. Where they begin to where they end is nuts.

I love that about them. It's such an unexpected, odd relationship. On the surface sits different energies between them, but they have this sort of commonality with each other. You are, as an audience, as involved in Helen's story as you are in the man's. She is the audience. She's the relatable one in many respects. You can relate with the madness of what he's going through her. But you can truly relate with what Helen's going through.

MF: Finally, what was it like working with Danielle Macdonald on the relationship between those two characters?

JD: She was just fun. I think for both us, it was just knowing where to pitch it. When the show plays with tone so much. When she turns up and starts talking, you're like, what is this? Who's this person? This isn't the world I thought I was in, you know? But she does it so brilliantly, with such a proper laugh.

A lot of my stuff was either with Shalom (Brune-Frankilin) or it was with Danny. There's only one scene where the three of us are all together. But I just got lucky, as I feel like I have so often in my career. I've been surrounded with people who have come to play. I have a great affinity with them and a lot of fun with them, and Danny was certainly no exception. I think she's just so brilliant in the series, and I loved every minute we had together.