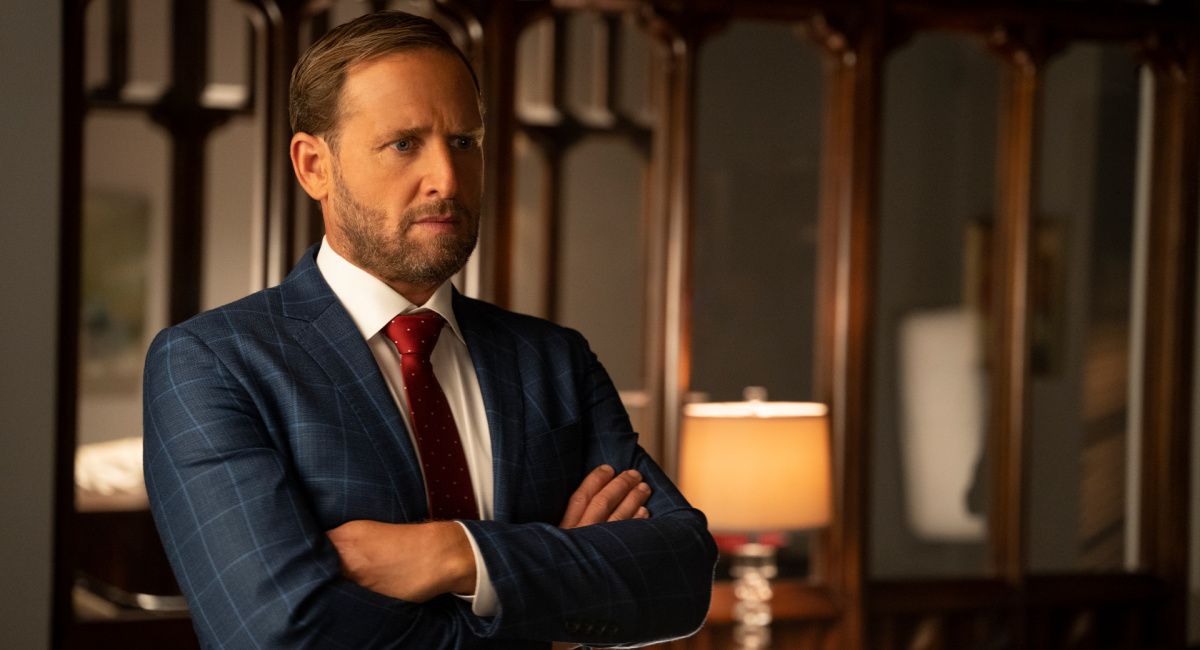 The new drama series follows J.C. Abernathy (Rose Rollins), a successful Head Coach of a competitive women’s college basketball team who finds herself in the middle of a potentially career shattering sexual abuse scandal. As she tries to find the truth among the many secrets she uncovers, she has to make hard decisions that will affect her, her family and the team of female athletes who all rely on her.

Moviefone recently had the pleasure of speaking with Josh Lucas about his work on ‘Long Slow Exhale.’

You can read our full interview with Josh Lucas below, or watch a video of our interviews with Lucas, Rose Rollins, Ian Harding, creator Pam Veasey, director Anton Cropper, and executive producer Casey Haver by clicking on the player above.

Moviefone: To begin with, what was your first reaction to the script for the pilot when you read it?

Josh Lucas: Well, you know, I did a movie years ago called ‘Glory Road,’ which is a basketball movie that I really love. It's actually one of my favorite movies I ever made. But it does tell a little bit of the inside college athletics story. It's a very different story than this, but I started to have a real deep understanding and appreciation for college coaching and the process of what the players are going through.

Then when I spoke to the creator of the show, Pam Veasey, she was really telling me about where this story came from and her personal passionate reason why she wanted to tell it. Her boys were trying to be professional athletes at that point in her life. She looked at the Duke lacrosse scandal and she was so struck by it.

So, wondering about all the lives that were being destroyed and everything that was swirling around that tornado of a news story. She created this concept and she talked to me about this character, Hillman Ford, who's at the center of it. He's basically the guy that you don't realize is pulling the strings and the real puppet master of the whole thing. That he himself doesn't even realize the situation that he's found himself in with this storm.

I was just struck by it. I was really intrigued by the world of it and I don't know, I felt like it makes for just great television. You want to really know; how did this happen? What's going on here? How did this whole thing just keep turning and turning and becoming messier and more complicated? In our own lives, it's a horrible experience to go through. But as a television audience, it's really fun to watch.

MF: Finally, can you talk about the importance of tackling a subject like sexual misconduct in the workplace on a series like ‘Long Slow Exhale?’

JL: Well, I think there's part of it that, sure there's the Me-Too movement of it all. There's the sexual accusation element of this show, but really if you go to it, it's bigger than that. It's about false accusations and fake news, and what's real, and who's telling the truth.

It’s about all the things that make us as human beings such messy little creatures, and that our own little worlds that we find ourselves in suddenly can blow up and become national news, which is what happens in this case.

Then when we are on the outside we have to look at it and say, what's really going on here? You know, it's a big political scandal or a big sports scandal in a way. I mean, think about it, Tom Brady un-retiring is worldwide news, you know?