Latest Image of Jamie Clayton’s Pinhead from the New ‘Hellraiser’ 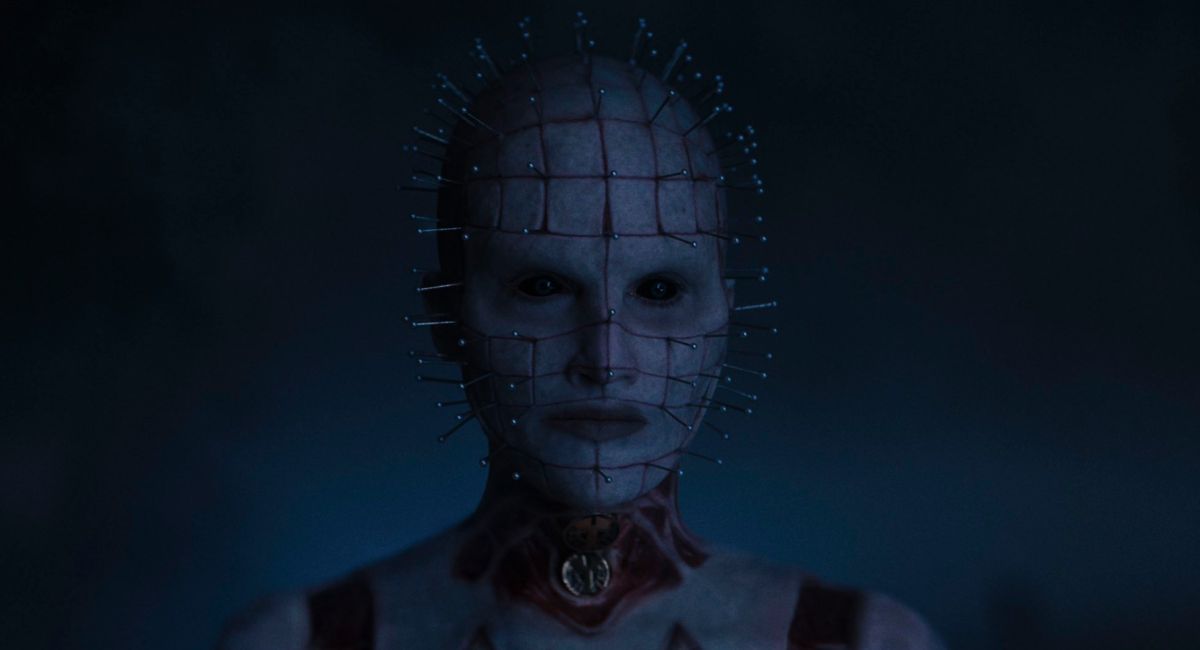 Jamie Clayton as Pinhead in 'Hellraiser,' which will premiere on Hulu beginning October 7, 2022.

It might not be quite as well-known as, say, ‘Friday The 13th’ or ‘Scream’ franchises, but ‘Hellraiser’ remains a classic creature feature horror and a mainstay of the genre.

Originally adapted from Clive Barker’s 1986 novella ‘The Hellbound Heart’ by Barker himself (who wrote and directed), ‘Hellraiser’ first hit screens in 1987.

The basic story that one focused on a mystical puzzle box – also known as the Lament Configuration – that, when solved, summons a terrifying group of creatures who look like they just crawled out of a sadomasochism club (think lots of leather and chains) who do not differentiate between pleasure and pain.

Chief among them in the movie is Pinhead (played by Doug Bradley), who invents incredible tortures for those who try to take up the puzzle box’s promises of carnal pleasures in another dimension.

That movie was successful enough to spawn nine sequels of varying quality, seven of which featured Bradley back in the Pinhead suit.

Now, though, there’s a new ‘Hellraiser’ on the horizon, which will land on Hulu. And though it carries the same name as the first film, it’s by no means a remake or reboot as some have worried.

“This is not a remake,” director David Brucknertells Entertainment Weekly. “I just didn’t think you could ever remake the original ‘Hellraiser’. It’s too much its own thing and it would be, I think, perilous territory for filmmakers, because how do you top that? This is a new story in the ‘Hellraiser’ universe.’

It will still feature the puzzle box, which this time comes into contact with a troubled young woman named Riley, played by Odessa A’zion. “It’s the tale of a young woman, who is struggling with addiction and compulsive behavior, that comes in contact accidentally with the box and unfortunately begins to dabble with it,” says Bruckner. “And chaos ensues.”

And chaos this time comes in the shape of a new Pinhead, with ‘Sense8’ actress Jamie Clayton playing a fresh take on the character. While we’ve seen female cenobites before, this is the first time one has been at the center of the story.

“We felt a kind of anticipation around the fans to reimagine the character,” says Bruckner. “We knew we wanted Pinhead to be a woman. Jamie was just the right person for the role. A person's identity can be really exciting for a role in many ways, but I have to emphasize that Jamie absolutely killed, that's how we got there.”

Bruckner, who previously directed ‘The Night House’, working from a script by that movie’s writers, Ben Collins and Luke Piotrowski.