‘Welcome to Raccoon City’ is a serviceable zombie movie, but fans of the Resident Evil franchise will be disappointed. 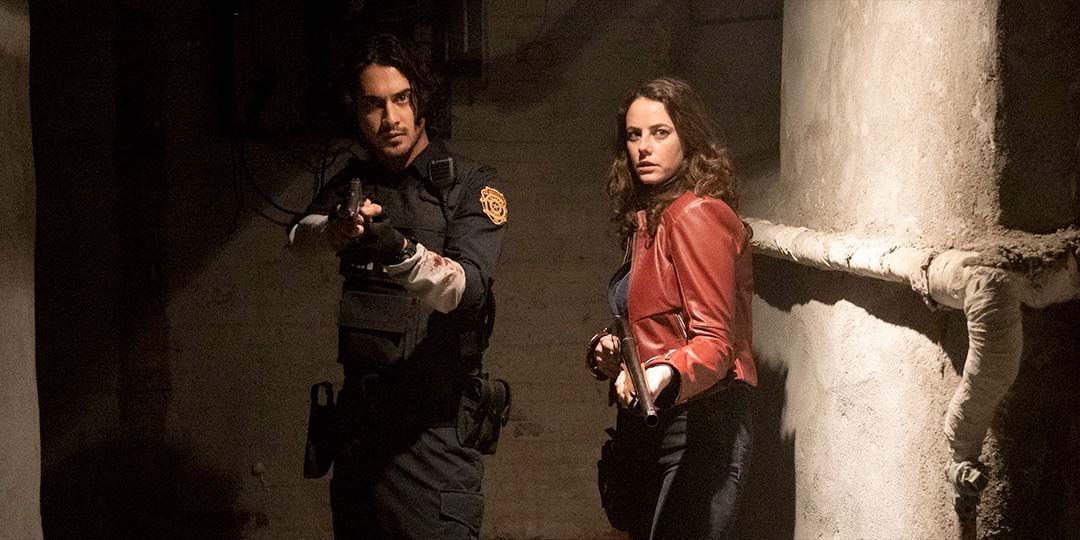 Let me start this by saying I am a huge fan of the Resident Evil game franchise. Like, nearly a decade of my life has been spent enjoying and digging through this series. I have sat through multiple not-great live action film adaptations and going into Johannes Roberts’ adaptation of a mix of both 'Resident Evil' and 'Resident Evil 2'… I will say I had low expectations. And frankly, I’m glad I did. 'Welcome to Raccoon City' sits so heavily on the "fine" spectrum that I swear it might break it. While it’s commended for sticking so close to the source material, the way it handles it is just so head-scratching weird that processing why they did what they do just hurts the brain.

Taking place in 1998 (the same year the original game and its sequels did) and follows between two sets of characters. Leon Kennedy and Claire Redfield, and Alpha team. Comprised of Chris Redfield, Jill Valentine, Richard Aiken and Albert Wesker. Talking about this film is only easy when you split the two up, but let’s dive into the idea of combining two games together. While for audiences who know nothing about the games going in, it does make a bit of sense to show two perspectives of an invasion like this. From a civilian’s point of view and from the special forces team unwillingly sent in to stop it. It’s got everything a decent horror film needs. What it fumbles with this, though, is how it handles telling two stories at one point. Because the film is based on a time system, it seemingly shoves the story along so that these two groups can eventually meet up. While this is a way to move the plot along, it pushes the audience through scenes that have so much cool potential, as the reveal of the returning game enemy the licker (who, undoubtedly, looks incredibly cool here) comes and goes so quickly it’s barely a memory as the next scene starts.

On the topic of game enemies and characters, that’s where it gets incredibly baffling with its choices of characterization and changes to game canon. As I’m aware not everyone who sees this film has played the game, it’s understandable why they would change some characters to fit the horror-trope so to speak. But those characters it does seem to change is, well, a choice. Series regulars are changed so intensely it was jarring to witness, and certain casting choices (such as Wesker, no hate towards Tom Hopper) really makes you wonder if they were teetering on that fine line of ‘do we make this for the fans or for the film going audience’ and just steered far to each side different times. Raccoon City and its famous locales look great and translate to screen as you would expect. Many settings they choose were pretty much taken straight from the games, even down to the weird layout of the mansion and the sprawling opening halls of the RPD building. It’s odd seeing the contrast, of picture-perfect game settings to characters that look like they're made for another horror movie.

What I can say for this film, though, is that when it does things right, it’s fun. Zombies are both slow and speedy, and thankfully, creepy. Jaws unhinged; hands outstretched with some real ghastly wounds. The licker looks fantastic and is probably the best the live action films have gone to realizing a game enemy. The sound design is brutal, and when shoots connect with flesh, you can really hear it and feel it. Making every head explosion and gunfire really impact. The zombie dogs in particular are absolutely terrifying, and the special effects don’t overdo them in a way that makes them over the top. No heads splitting into two with rows and rows of razor sharp teeth, no, but just the clicking of claws on concrete and soft whines that will for sure haunt some viewers.

See, everything that Welcome to Raccoon city does right, it does awesome. It’s a fun watch and the little game nods it does are a blast and when done correctly, will make you slightly point and pull the whole “I see what you did there” nod. But with every good thing the film does, there is always a choice that takes you out of that. I’m for sure under the impression it’s because I am such a huge fan of the game franchise that it’s hitting me so hard, but some choices I know for a fact will have new time audiences confused as well. Once of these things, and my major gripe with the film, is just all the use of exposition dumping.

For those who don’t know, 'Resident Evil' has a lot of stories to it. Spanning multiple games, novels, and even animated films. But what made the first game so good, story wise, was how in the dark it kept the player. You were learning things as the characters were, and learning finer details from notes and collectables you’d find in the world. Though, even because of that, the story was straight forward. That’s honestly all the movie had to do, but instead we have multiple scenes of characters just staring at one another and dumping plot on someone else. Normally when something cool is happening in the background, such as zombies breaking a gate or a flaming helicopter. It takes you so out of the experience that it’s honestly kind of insane. What easily could have been a ‘learn as you go’ plot has been reduced to characters speaking too much for a zombie film. Where the main thing should be learning through context and watching some badass characters shoot at zombies. This bores the audience and makes them just want the film to go by faster, making all the cool scenes just seem as filler, and not holding their own.

With all of my heavy criticism, I do not hate ‘Welcome to Raccoon City’. As a normal film goer, it was a fine zombie flick that has some cool looking creatures and cheesy humor. But, as a fan of the franchise and just begging to get a good live action retelling of it, it still baffles me that something so easy to translate was done so weirdly and other times, insanely wrong.

'Resident Evil: Welcome to Raccoon City' gets 3 out of 5 stars.