Moviefone speaks with Julia Stiles and Isabelle Fuhrman about the new 'Orphan' prequel. “Revisiting this character was so fun for me,’ Fuhrman said.

Opening in theaters, on digital, and streaming on Paramount+ August 19th is the new prequel to 2009’s horror movie ‘Orphan,’ entitled ‘Orphan: First Kill,’ which was directed by William Brent Bell (‘The Boy’).

Beginning years before the events of ‘Orphan,’ the film follows Leena (Isabelle Fuhrman) as she escapes from an Estonian psychiatric facility and travels to America by impersonating Esther Albright, the missing daughter of a wealthy family. Led by matriarch Tricia Albright (Julia Stiles), a woman willing to do anything to keep her family together, Leena may have finally met her match.

Moviefone recently had the chance to speak with Julia Stiles and Isabelle Fuhrman about their work on ‘Orphan: First Kill,’ Fuhrman’s experience reprising her role, Stiles’ approach to playing her character, and working with director William Brent Bell. 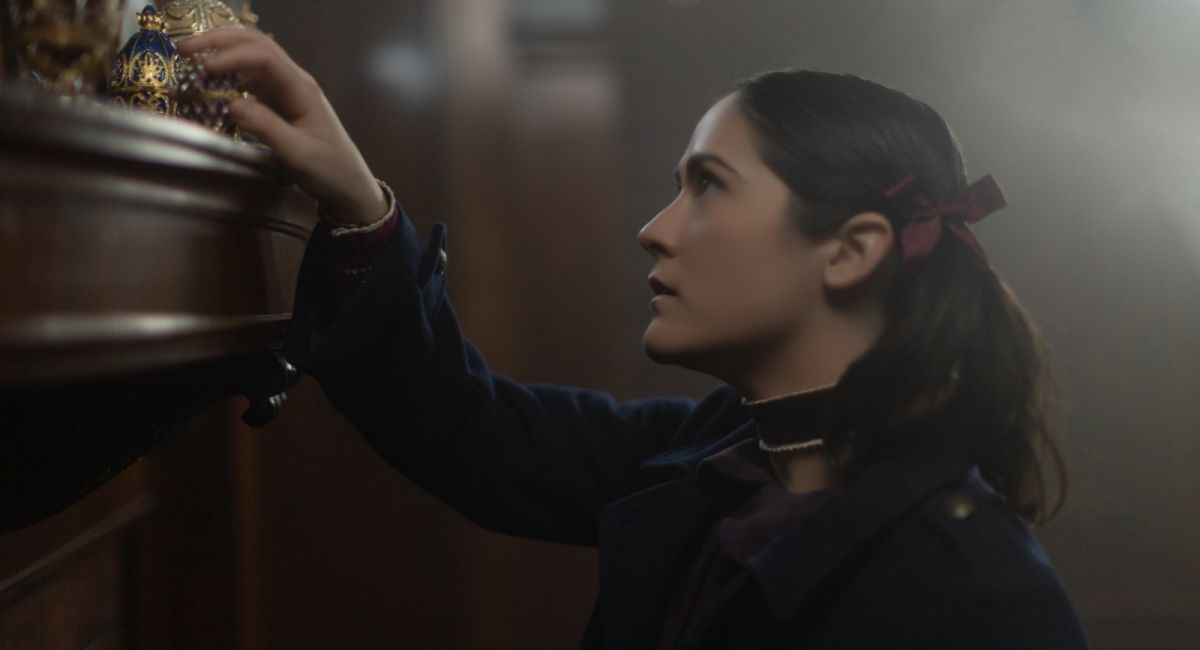 You can read our full interview below or click on the video player above to watch our interviews with Julia Stiles, Isabelle Fuhrman, and director William Brent Bell.

Moviefone: To begin with, Isabelle, can you talk about the aspects of Leena/Esther that you wanted to explore with this prequel?

Isabelle Fuhrman: Revisiting this character was so fun for me. I got to take out my old script from the first ‘Orphan’ with all these notes that I had written when I was 10. I got to re-watch the movie and really dive into figuring out how we could make a more human Esther this time around, because she's less of a mystery in this movie. We know her secret and now it was more about finding a way to invite the audience in and have them follow her in this story rather than stand on the outside, kind of wondering what's going on.

For me, that was a really exciting challenge as an actor, to look at a villain and find a way to make her likable and lovable at times while at the same time, still maintaining the integrity of who Esther is. I just felt like it was a no brainer for me to come and revisit this role. I was lucky that we had so many wonderful people like Brent, who believed that I could take back this character and we could still make it believable that I could play a 10-year-old, like Lena does in this story.

IF: It definitely informed a lot of the decisions and choices that I wanted to make in the script but there's something about revisiting this character. I had to go back to my old script and really look at what I thought of her when I was 10. Because I created this character when I was so young and as much as you could say, "Oh, I was a kid. I didn't really know," I mean, clearly I created something that people really loved.

So, I can't just come back to this with my own, fresh, at-this-age perspective. I had to find a way to marry the two worlds. Where I was when I was 10 years old and made decisions and choices for Esther as a character, and where I am right now in my life and how I can kind of inject the wisdom that I now have as I've grown older and am closer to Leena's age.

I very often would go through the script and make decisions for me as an actress. What I wanted to do as I am today, and then I would go back and go, "Well, what would I have said at 10 years old? What would I have thought at 10 years old about this?" Not only did those decisions help me in my performance on a daily basis, but they helped me talk to Kennedy and Sadie who are my body doubles every single day.

Because I had to explain to them how to do these scenes in a way that wouldn't jeopardize their innocence and their wonderful, childlike quality that they brought to it. I really felt like it was such a combination and a great group. The three of us of really recreated Esther together.

MF: Julia, Leena has really met her match in Tricia, can you talk about having the opportunity to play such a strong character?

Julia Stiles: I mean, that's what drew me to the part. I think Tricia is somebody who is determined to keep her family together. I say in the trailer, "A mother protects her family, no matter what." In that desperation to heal the family, they welcome Esther back into their lives and Tricia is looking at Esther going, "I want to make this work but something's off here and it doesn't feel quite right. I can't put my finger on it."

MF: Finally, what was it like working with director William Brent Bell and watching him execute his unique vision for this project?

JS: He was great. He was such a great director to work for and he was very collaborative, but also had a very clear vision. It was my first time, and I think a lot of people's first time working during COVID. The pandemic had already been underway and safety protocols were in place, so there were added challenges like we'd have to rehearse with masks on.

Then there were all the challenges of ridiculous tricks to make me look taller than Isabelle, like these platform boots that I had to wear. Brent really held it together for everybody and made us feel safe, and also made us really invest in making the movie.