The new movie is set decades before the events of West’s latest horror, exploring the origins of a key character and her murderous ambitions.

Those who have yet to see Ti West’s latest horror movie, ‘X’, which hacked its way into theaters back in March might want to skip reading anything much about the new prequel movie ‘Pearl’. Just for the sake of avoiding spoilers.

But if you’ve seen and become a fan of West’s 1970s-set horror thriller, you’ll no doubt be happy to see the director revisit that story but explore it from an angle set years before.

And yes, in case you were wondering, West shot ‘Pearl’ almost concurrently with ‘X’, which explains why he’s been able to get this movie to theaters so quickly.

Howard, though, seems none too pleased to have the crew on his property, yet the filmmakers are able to start work. The real problem comes from Howard’s wife, Pearl (Goth in a second, prosthetics-heavy role), who tries to seduce several of the crew, but slaughters them when they rebuff her. The movie opens and closes with the police arriving and discovering the bloody carnage that has gone down.

‘Pearl’ – which actually got a first teaser during the credits of ‘X’ – naturally digs into Goth’s character’s younger life.

Set in 1918, the movie follows Pearl who, trapped on her family’s isolated farm, must tend to her ailing father under the bitter and overbearing watch of her devout mother. Lusting for a glamorous life like she’s seen in the movies, Pearl’s ambitions, temptations, and repressions all collide in a murderous spree.

“Part of the idea of this movie that’s cool to me is that there is a bigger thing to it all,” West told Bloody Disgusting earlier this year. What I can tell you about ‘Pearl’, because we’ve already made it and it’s done, is it is very much a story about Pearl. So you will learn more about her. It is stylistically very different from ‘X’. You do not need one without the other, but they enrich each other in a specific way. In the way that ‘X’ is affected, let’s say by 1970s horror independent filmmaking and Americana cinema, ‘Pearl’ is influenced by a very different era of filmmaking. If we do the third one, it will be affected by a different type of cinema.”

Yes, a third is at least in development, though West isn’t saying what it might entail. We do know that Maxine is revealed to be the daughter of a preacher who has been hunting for her, but we’ll wait and see whether that ties in.

‘Pearl’ will be in theaters from September 16th. 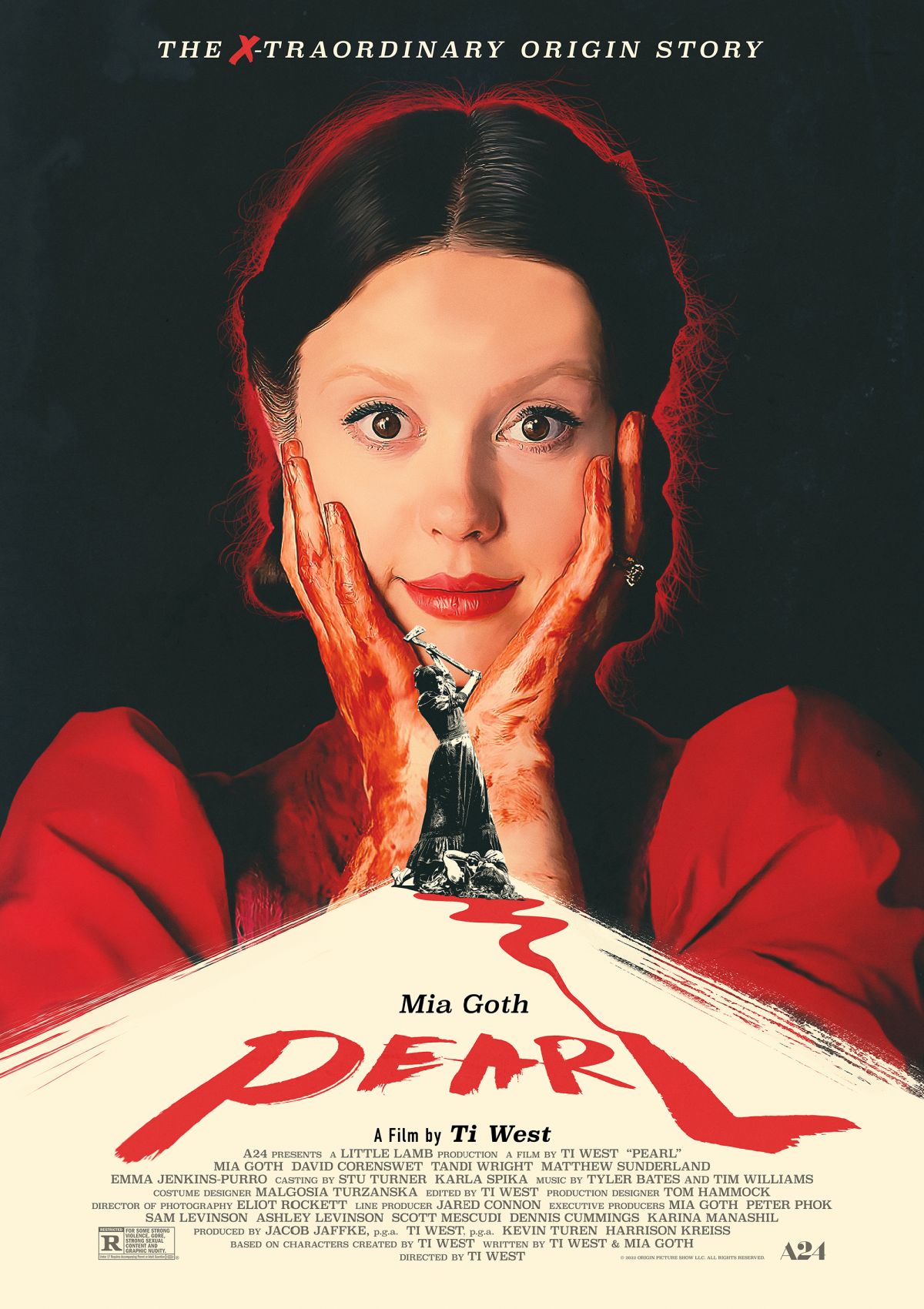 Trapped on her family’s isolated farm, Pearl must tend to her ailing father under the bitter and overbearing watch of her devout mother. Lusting for a glamorous... Read the Plot