We’ve had plenty of peeks at Rob Zombie’s movie adaptation of ‘The Munsters’ 1960s TV series, as the director has been posting plenty of images and making casting announcements as work as continued on the film.

Now we have our first proper look at the movie as Zombie has put it up on YouTube.

The original show, a satire of the sort of idealized American family life chronicled in the sitcoms of the era, it ran on CBS for 2 seasons between 1964 and 1966. It followed the Transylvanian-American family who reside at 1313 Mockingbird Lane in the fictional city of Mockingbird Heights.

Though it didn’t run too long, it was rebooted in the 1990s and spawned a few TV movies.

Fred Gwynne starred as Herman, a Frankenstein’s Monster-style character, who is the breadwinner but doesn’t always make the smartest decisions. Yvonne De Carlo played his vampire wife Lily, who often sets her husband straight, while Al Lewis is Lily’s Dracula-alike father Grandpa, who longs for the good old days in Transylvania.

This unusual – but friendly – clan is completed by Butch Patrick’s Eddie, the werewolf son of Herman and Lily and the family’s niece Marilyn, played by Pat Priest, who is a regular human and considered the “ugly duckling”. 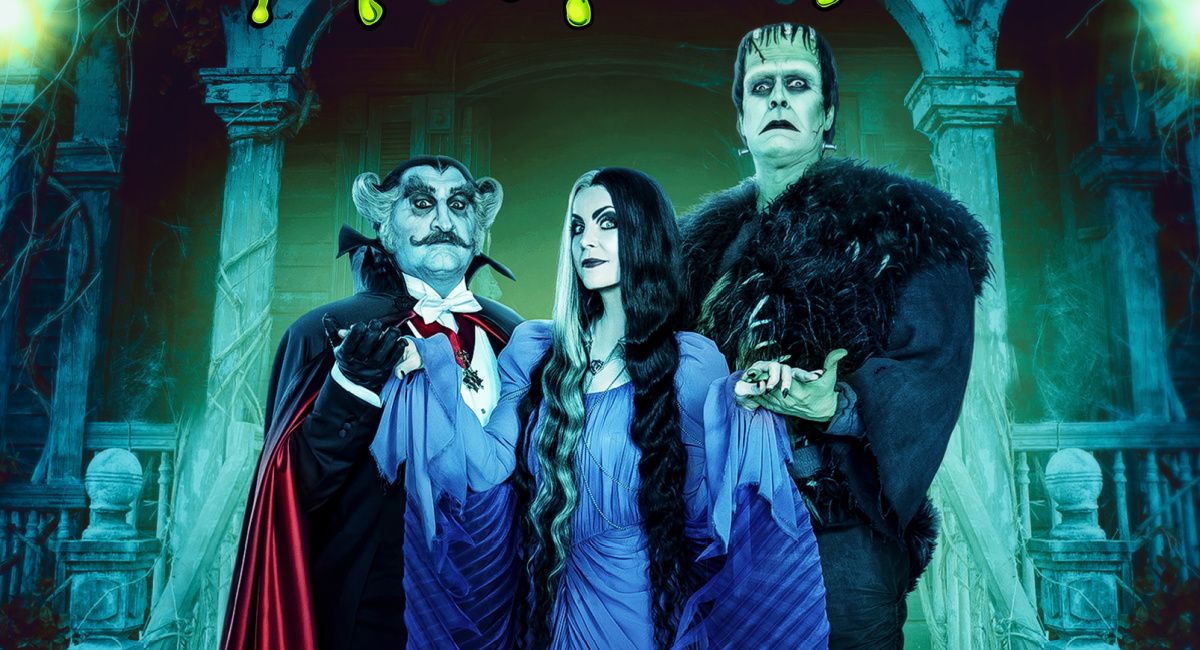 For the movie, Zombie has recruited some of his regular players, including wife Sheri Moon Zombie as Lily, Jeff Daniel Phillips as Herman and Daniel Roebuck playing Grandpa.

Writer/director Zombie has also found room for some of the original cast, with Butch Patrick and Pat Priest both showing up. Horror icon Cassandra “Elvira” Peterson will also show up along with Richard Brake and Jeremy Wheeler.

It’s somewhat surprising to see Zombie – the rocker-turned-filmmaker who is more known for the gruesome likes of ‘House of 1000 Corpses’, ‘The Devil’s Rejects’ and the 2007 reboot of ‘Halloween’ going the family friend comedy horror route.

Still, he’s gone on record as saying that this is an idea he’s been chasing for 20 years, and it certainly appears from this trailer that Zombie has fully embraced the wackiness of the original series, with its campy style. He’s even given it a full-color make-over to ensure it’s even more vibrant.

This trailer promises “the greatest love story ever told” featuring some origin material of how Herman and Lily Met (looks like she once dated Nosferatu, but it didn’t work out) and riffs on the show’s opening credits to keep the story going.

Will the loose style put some people off? It’s possible and this is sure to be divisive, but we doubt Zombie will care since he’s finally gotten his passion project to screens.

‘The Munsters’ should be in theaters this September.

Rob Zombie’s ‘The Munsters’ is scheduled for release in September 2022. Photo courtesy of robzombie.com.

Not Yet Rated
Watch The Munsters Online