‘Stranger Things,' ‘Atlanta’ and ‘The Marvelous Mrs. Maisel’ Are Headed for Their Final Seasons

But fear not ... shows including ‘Loki’ and ‘Fargo’ will be back! 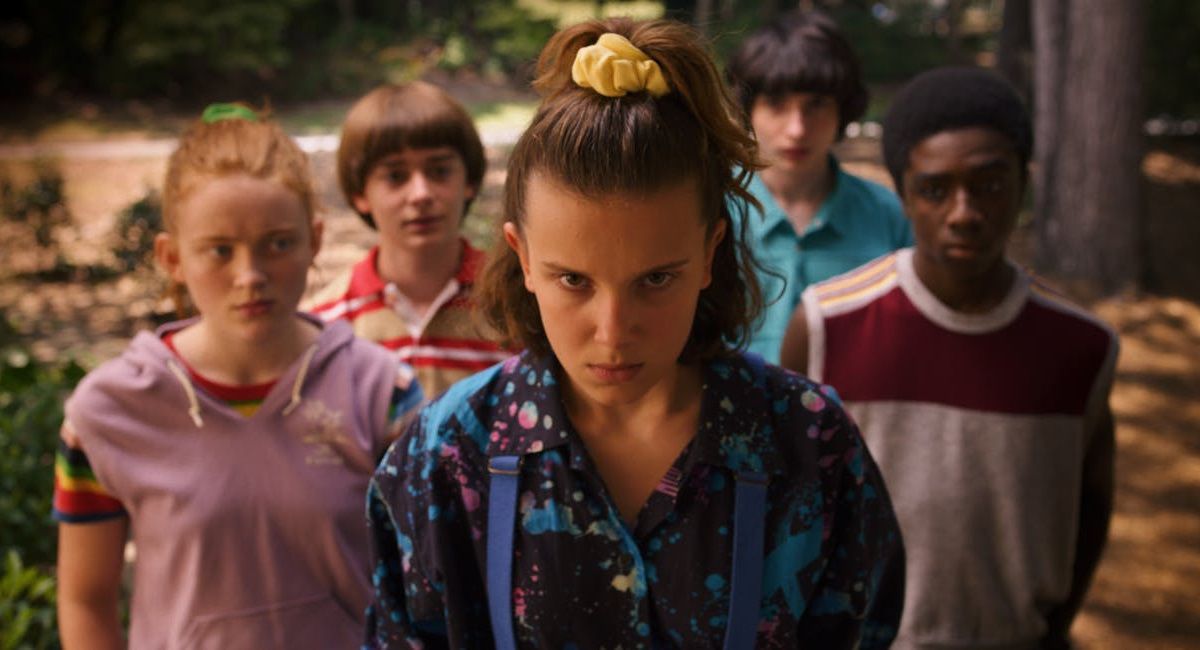 If you’re a TV fan, it has felt a little like "The Night Of The Long Knives" in the last day or so, as several popular shows announced their final seasons.

Fortunately, while disappointing that the likes of ‘Stranger Things’, ‘Atlanta’ and ‘The Marvellous Mrs. Maisel’ will be coming to an end, there’s a feeling that it represents the show’s various creators are all going out on their own terms.

For ‘Stranger Things’ – which, due to its complicated storylines, young cast and pandemic delays has been off screens since Season 3 finished in 2019.

Now, we finally know that Season 4 of the show is headed our way in two parts this year, with the first kicking off on Netflix on May 27 and the second on July 1.

Netflix's 'Stranger Things' Season 4 begins on on May 27th.

“Seven years ago, we planned out the complete arc for ‘Stranger Things’, said show creators Matt and Ross Duffer. “At the time, we predicted the story would be four to five seasons. It proved too large to tell in four, but – as you’ll soon see for yourselves – we are now hurtling towards our finale. Season 4 will be the penultimate season. Season 5 will be the last.”

Yes, that little bombshell at the end of the Season 4 statement comes like a stalking Demogorgon. But if you’re thinking that that’ll be the definitive end of the show then A) you’re clearly not used to how popular, zeitgeisty series like this work and B) there are major hints of something in the works beyond the fifth season in another note… “There are still many more exciting stories to tell within the world of ‘Stranger Things’”. Plus, the Duffers mention “new adventures, new mysteries, new unexpected heroes”.

But that’s for (probably) next year. Here’s what we can expect in Season 4… “It’s been six months since the Battle of Starcourt, which brought terror and destruction to Hawkins. Struggling with the aftermath, our group of friends are separated for the first time –and navigating the complexities of high school hasn't made things any easier. In this most vulnerable time, a new and horrifying supernatural threat surfaces, presenting a gruesome mystery that, if solved, might finally put an end to the horrors of the Upside Down.”

Season 4 sees Eleven (Millie Bobby Brown) and some of the other characters relocated to California, but there’s plenty of drama to be found there, while we’re fairly sure it’ll all end up in Hawkins, Indiana where everything began.

And if you thought ‘Stranger Things’ fans had a wait, spare a thought for those who love ‘Atlanta.’ Donald Glover’s story of rappers, friends, weirdos, and partners has been away since the end of Season 2 in 2018. Yes, it’s been nearly four years, but the series returns for Season 3 on March 24 via FX and Hulu.

The new season sees Darius (Lakeith Stanfield), Earn (Glover), Paper Boi (Brian Tyree Henry) and more headed on tour in Europe, with all the misunderstandings and comedy that ensues. Yet even here there was word that Glover is moving on – Seasons 3 and 4 were shot back-to-back and the fourth will arrive in the fall.

“Death is natural,” Glover said during FX’s portion of the Television Critics Association winter press tour. “I feel like when the conditions are right for something, they happen, and when the conditions aren’t right, they don’t happen. I don’t feel any longevity. Because then things start to get weird. The story was always supposed to be what it was. And the story, it really was us. Everybody in that writers’ room, everybody on set. It really was what we were going through and what we talked about. … I think it ends perfectly.”

Finally, there’s ‘The Marvelous Mrs. Maisel’ which has been charting the stand-up aspirations and family frustrations of Rachel Brosnahan’s Miriam “Midge” Maisel. Created by ‘Gilmore Girls’ veteran Amy Sherman-Palladino, the show has run for three seasons on Prime Video, and the fourth starts today.

The company announced that Season 5 will wrap up the story, and that it’s already shooting in New York.

Yet if you’re unhappy to see a favorite show ending, take heart: there is plenty still to watch, and a couple of series have announced new developments.

‘Fargo’, created for TV by Noah Hawley, is officially renewed by FX for Season 5, though there is no word on a premiere date yet. We do know it’ll be set in 2019 and offers the tantalizing tagline: “when is a kidnapping not a kidnapping, and what if your wife isn’t yours?” Could it be hinting at hewing closer to the Coen brothers movie that originally inspired it?

Finally, news from the Marvel Cinematic Universe’s TV arm, as ‘Loki’, which we already knew would return for a second season, has directors Justin Benson and Aaron Moorhead on board to film most of its episodes. The duo, who made movies such as ‘Synchronic’ and ‘The Endless’, also worked on Marvel’s upcoming ‘Moon Knight’, which stars Oscar Isaac and debuts on Disney+ on March 30.