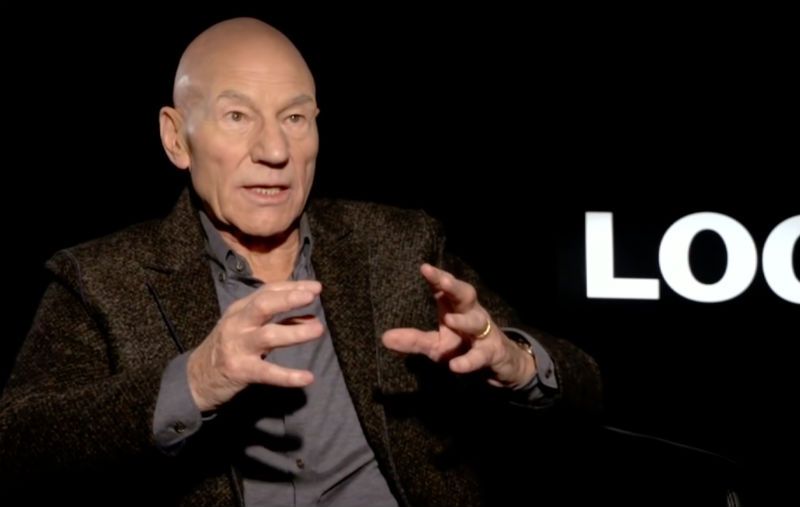 The final Wolverine movie has Patrick Stewart's Charles "Professor X" Xavier at his worst -- and the actor couldn't be happier.

"When we meet Charles in this episode of the X-Men he is fragmenting, seriously falling apart, not only at risk to himself but a massive risk to others," the "Logan" star tells Made in Hollywood reporter Damaris Diaz. "There is an instability in his mind which can create mayhem in the outside world, serious mayhem. That was intriguing because there was 17 years of being the calm, controlled intellectual that was Charles Xavier. Then to explore what would happen if this person would disintegrate is the kind of thing that actors just relish."

Playing Professor X has been a long cinematic journey that Stewart nearly didn't make. "I almost said no to the role," he says. "In fact, for a moment I think I did say no. But lunch with (director) Bryan Singer persuaded me that I was wrong for doing that. Thank you, Bryan Singer."

"I pushed the door open and and she picked something off her desk and held it up in front of her, and I said, 'Why are you showing me on the front cover of a comic?' And she said, 'Exactly!'" he recalls. "That's how it began: with a vote of confidence from our producer."

Taking the role was a decision he would never regret.

"I have loved the experience of the companionship that I have found with my colleagues on this project, ranging from getting to know actors who I had admired for a long time better -- Halle Berry, Anna Paquin, James Marsden -- and finally becoming close, deep friends with a man who I had admired at close range for a long time, Ian McKellen," he says. "It was only because we spent so many hours in our adjoining trailers during the long times that you wait for the cameras to roll that he and I found out we had much in common and that this developed not into a serious friendship, but also a collaboration. I had just finished six months on stage with Ian in London."

The pair starred in Harold Pinter’s comic classic “No Man’s Land" on the West End.

How Hugh Jackman Says Goodbye to Wolverine in Logan