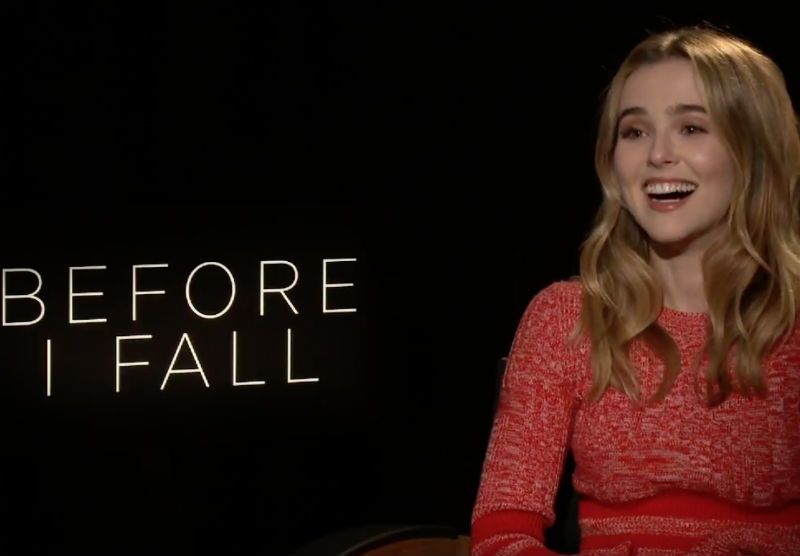 Zoey Deutch from Before I Fall

Zoey Deutch on Reliving the Same Day in Before I Fall: I Was 'Pyschotic'

In "Before I Fall," Zoey Deutch lives the same day over and over -- the last day of her life. It's enough to make you crazy, even on the movie set, where she would film multiple versions of the same scene, keeping everything exactly the same except for her emotions, which would bounce all over the place.

"I was psychotic," she tells Made in Hollywood reporter Kylie Erica Mar. " I was like in a corner."

Complicating matters was that the movie was shot out of the order, the schedule instead built around creating those same-day moments all at once, which would then be spread out throughout the film.

How Careful Planning Helped Zoey Deutch Shoot Before I Fall

The key to keeping on top of the things was painstaking planning and preparation with director Ry Russo-Young.

"We would have a few weeks to map out exactly what her and I needed to accomplish for each day, shorthands that we could have on set," says Deutch. "We didn't have time to delve into the intricacies of each day on set. There was just no time."

But the challenge was worth it, she says, because of the complexity of her character, Samantha Kingston, the pretty popular girl with the great boyfriend who by reliving her final day discovers the true value of life.

"It's a really great part. It's like the gift that keeps on giving," says Deutch. "There's so much to work with. I'm just really appreciative that she's this walking contradiction of herself, which everybody is. She's this bully who's bullied. And I love the journey of her going from follower and bystander, this unconscious person, to a leader in life."

So was there any day on set, like the movie, that she'd want to relive over and over?

"Sam didn't get to choose her day so why do I?" she says.

"Right now?" suggests Mar. " You would just relieve this interview?

Halston Sage on How the 'Paper Towns' Stars Bonded