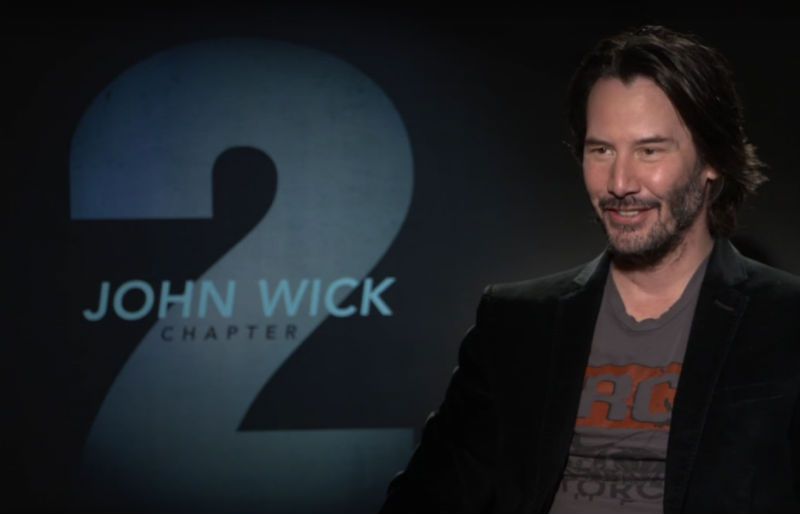 "I'm bit of a perfectionist," the star of "John Wick: Chapter 2" tells Made in Hollywood reporter Kylie Erica Mar. "I want to be super perfect. And it's fun. For me the action is the drama is the character is the story. I just put some time in for the gun manipulations. I'm interested in what kinds of reloads and techniques John is doing."

Returning as an avenging hit man dragged out of retirement, Reeves's John Wick not only shoots guns -- he does everything he can think of with guns, even throwing them at the bad guys if he has to. "He's doing it one handed, he's doing guns with flips: Gun fu, baby!" says Reeves.

Keanu Reeves Gets Pulled Back into Mayhem Again in John Wick: Chapter 2

In this follow-up to the 2014 hit, John Wick wants to return to the quiet civilian life, only to get back into the action when a gangster shows up with a marker calling in past favors. Wick reluctantly accepts the assignment and finds himself taking on an Italian crime syndicate.

It's a lot more setup than the original film, which had Wick going on a rampage after somebody killed his puppy.

"It wasn't just a puppy," corrects Reeves. "It was from his wife, who has passed away. So there's an emotion there. I think John Wick carries that. And we root for him fighting for his life. He just wants to be left alone and heal."

And as much as the mayhem weighs on John Wick, Reeves says he's ready to dive back into the gunplay with a third movie.

"I hope I get the chance," he says. "Right now, we made a meal with love and hopefully people enjoy it, and if they do, we'll et a chance to tell another chapter."