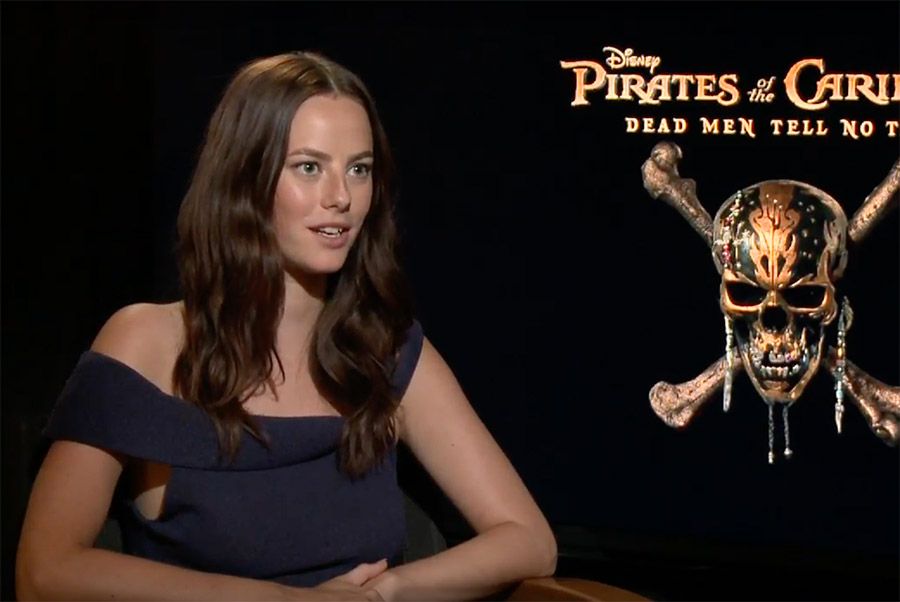 Kaya Scodelario from Pirates of the Caribbean: Dead Men Tell No Tales

When Kaya Scodelario signed on for "Pirates of the Caribbean: Dead Men Tell No Tales," she braced herself for the inevitable fan girl experience the first time seeing Johnny Depp.

"I met Johnny first as Johnny, and that was crazy enough," the actress tells Made in Hollywood reporter Patrick Stinson. "I told myself: I got this, I can be a professional."

Then Depp arrived on set as Jack Sparrow.

"I just completely lost it," says Scodelario. "He's such an iconic character and he plays that character so well and he enjoys it so much that you can't help be get excited as well."

Best known for playing Teresa in the "Maze Runner" movies, the British actress is no stranger to big-budget special effects fare. But joining the "Pirates of the Caribbean" juggernaut took it to a different level.

"It's crazy," she says. "It really hit home ... at the premiere, seeing all of the fans and seeing little kids dressed as pirates, and just how much people love this franchise. It's definitely a roller-coaster."

Scodelario plays the brilliant astronomer Carina Smith, who had been denied a college education because she's a woman -- and whose intelligence has everyone suspecting she's a witch.

"She's on her own very personal journey to find her identity," she says. "And that means having to collaborate with Jack Sparrow and the pirates, which he isn't too happy about."

"Pirates 5" has Depp's Sparrow tangling with the deadly ghost sailors led by his old nemesis, the evil Capt. Salazar (Javier Bardem). His only hope of survival lies in seeking out the legendary Trident of Poseidon, forcing him to work with Scodelario's character.

Pirates of the Caribbean: Dead Men Tell No Tales