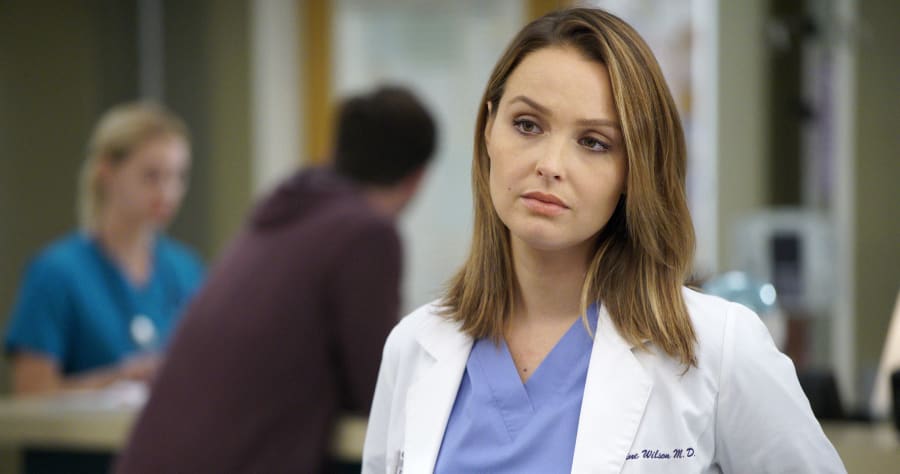 There's no good time for an abuser to return to your life, but the "Grey's Anatomy" Season 14 midseason finale ended with Dr. Paul Stadler (Matthew Morrison) showing up at Grey Sloan and confronting his estranged wife. That wife was once called Brooke Stadler, but we now know her as Dr. Jo Wilson (Camilla Luddington). Jo was in the middle of rushing to save a child -- before Alex Karev (Justin Chambers) accidentally killed the poor kid -- but the episode ended with her frozen in shock as this man she had changed her whole identity to escape confronted her. Dude, not now!

Yeah, that basically looks like the end shot from Episode 8, "Out of Nowhere," confirming that the episode picks up exactly where it left off. But, as TVLine noted, Paul's smug, creepy grin is now gone and he looks a bit more serious. Not that he's stopped being creepy.

We last saw Jo's ex in Season 13 when Alex decided to track him down ... then did nothing. Jo seemed to approve of that choice -- she's not looking for her man to get into another fight for her -- but Paul will probably recognize Alex if/when they run into each other. It'll probably get awkward, to say the least.

Co-showrunner Krista Vernoff previously told TVLine that when Morrison returned as Jo's abusive husband, the show would face the issue of domestic violence head-on. Vernoff said she was still committed to making sure there's laughter in every episode of Season 14, including ones with dark and painful stories. "And my hope is that women will come out of this story feeling empowered. I'm really proud of this story. I'm really proud of the work that we're doing."