This week recommendations are both rock docs with Ozzy in the mix: Hannah Berryman’s ‘Rockfield - The Studio on the Farm’ and Penelope Spheeris’ ‘The Decline of Western Civilization Part II: The Metal Years.’

Welcome to Female Filmmakers in Focus, where you will find recommendations for films directed by women to seek out each week. The new film this week is Hannah Berryman’s ‘Rockfield - The Studio on the Farm,’ and the recommended older film for the pairing is Penelope Spheeris’ ‘The Decline of Western Civilization Part II: The Metal Years.’

Rockfield - The Studio on the Farm (directed by Hannah Berryman) 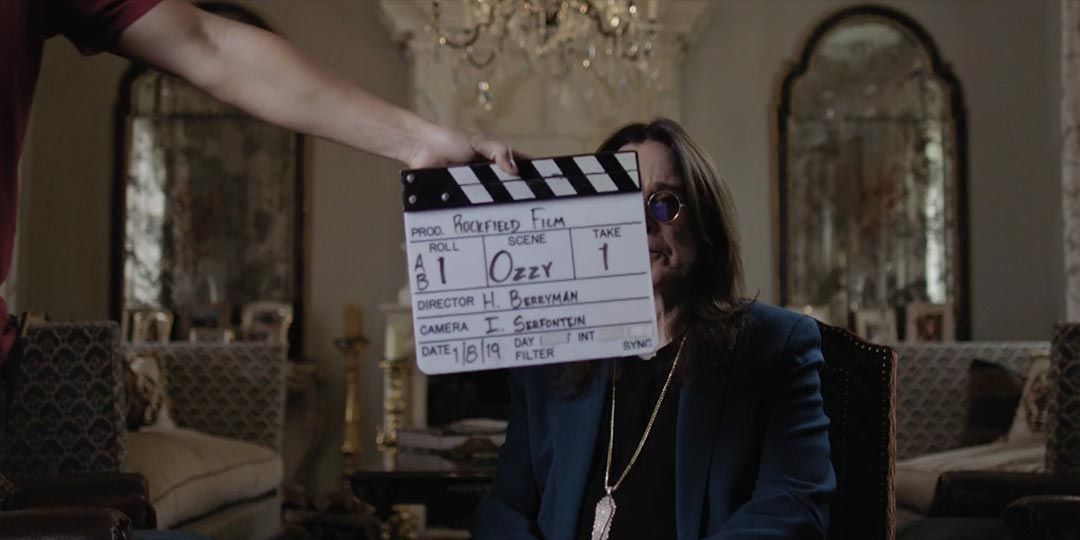 Ozzy Osbourne being interviewed for ‘Rockfield - The Studio on the Farm’

Hannah Berryman is a documentary filmmaker who specializes in contemporary historical documentaries. Her work is known for mixing new sit-down interviews, archival footage, and animation. She studied social and political science at Cambridge before turning her focus to filmmaking. She has produced and directed the documentaries ‘A Very English Education’ and ‘Princess Margaret: The Rebel Royal’ for British television, and the feature documentary ‘Miss World 1970: Beauty Queens and Bedlam.’ The latter tells the story of the controversy-laden 1970 Miss World competition, which was also the basis for Philippa Lowthorpe’s 2020 film ‘Misbehaviour’ starring Keira Knightley, Gugu Mbatha-Raw, and Jessie Buckley.

Berryman’s latest documentary ‘Rockfield - The Studio on the Farm’ tells the story of Rockfield Studios in Wales, known as the very first residential recording studio. The film traces how brothers Kingsley and Charles Ward turned their Welsh pig farm into the recording studio where rock bands like Black Sabbath, Queen, The Stone Roses, Oasis and Coldplay recorded some of their biggest hits. Berryman traces how the brothers first discovered rock and roll, a rather unfateful meeting with EMI’s George Martin, and their early attempts to soundproof part of their farm to record local Welsh bands. This early part of the studio’s history is brought to life through archival photography and imaginative animated sequences.

Along with spirited interviews with the studio’s founders, the film also features some incredible new interviews with many of the musicians who recorded albums on the farm. This includes delightful stories from Black Sabbath’s Ozzy Osbourne, whose accent has finally hit the nadir of charming yet unintelligible garble. Robert Plant shares how the farm helped him launch his post-Zeppelin solo career in the 1980s. As an Oasis fan, I particularly enjoyed the blunt and self-reflexive stories behind the recording of (What’s The Story) Morning Glory? as told by Liam Gallagher and Bonehead (Paul Arthurs). Coldplay’s Chris Martin tells how recording there was like a balm for the band in the midst of chaos of putting out their first album Parachutes.

Another section I found particularly interesting was how the studio was beginning to struggle financially in the late-1980s and then The Stone Roses spent 14 months in residency recording their first and second albums. Gallagher tells of stealing a plow or something to sneak on the farm in an attempt to get a peek at the troublesome band.

Fans of any era of rock and roll are likely to find a parable or two about their favorite band somewhere in this doc, and will likely come away with a deeper appreciation for how this Welsh farm became instrumental in the creation of some truly iconic albums.

Rockfield: The Studio on the Farm

Ozzy Osbourne in a scene from 'The Decline of Western Civilization Part II: The Metal Years'

What can you even say about THE Penelope Spheeris? If you ever get the chance to see her at a Q&A before a screening of one of her films do not hesitate. I’ve seen her speak many times, and she is always a hoot, raw and unmerciless about her time in Hollywood. Spheeris put herself through UCLA film school working as a waitress at Denny’s and IHOP. She made short films and interstitials featuring Albert Brooks for SNL before making her feature-length debut with the punk-rock doc ‘The Decline of Western Civilization.’ She followed these up with a handful of films in the 80s, including the essential coming-of-age thriller ‘Suburbia.’ She’s probably best known today for 1992’s ‘Wayne's World’ starring Mike Myers and Dana Carvey as their SNL characters Wayne and Garth. A filmmaker with an unwavering vision, despite much studio interference, Spheeris’ deeper cut films are well worth seeking out.

Inspired by Ozzy’s interview in ‘Rockfield’ - in which even with subtitles I had trouble deciphering his thick Birmingham, English accent, I suggest you pair the film with the second film in Spheeris’s Decline trilogy: ‘The Decline of Western Civilization Part II: The Metal Years’. In it Ozzy is interviewed while making eggs, and it is truly a delightful piece of documentary filmmaking. Other bands interviewed for this volume include members of Aerosmith, Poison, Alice Cooper, Chris Holmes of W.A.S.P., Paul Stanley from Kiss, Lemmy from Motörhead, and more. The film also features interviews with fans of the LA hair metal scene, an interview with L.A. club owner Bill Gazzarri, live performances by bands like Lizzy Borden, Faster Pussycat, and Megadeth, and some truly stunning looks at the nightlife of the Sunset Strip in the late-80s. A time capsule of an era like none other.

The Decline of Western Civilization Part II: The Metal Years