Rossdale also talks about working on blockbusters vs indies, the similarities and differences between singing and acting, and how to pretend to do drugs on camera. 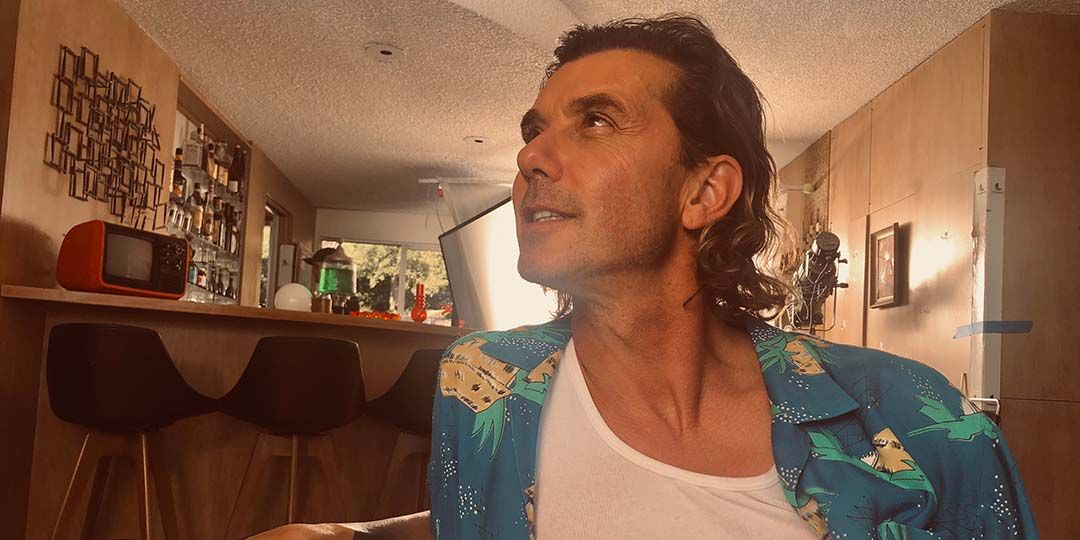 ‘Habit’ tells the story of a trio of women that pass themselves off as nuns in order to make enough money to pay off their debt to a ruthless drug dealer. Bella Thorne leads the cast, and Gavin Rossdale plays a small-time drug dealer in the movie. He recently talked to us about his work on the movie.

Moviefone: This movie's bonkers in a really good way. Could you describe your character Eric?

Gavin Rossdale: I play Eric who was a big TV star at some point, lost his way, took 17 wrong turnings and ended up selling cocaine to people that come around to his house. At the same time, is possibly over talking when they get there and doing that thing that apparently drug dealers do, chat to the people buying their drugs.

MF: Because they get lonesome, right?

Rossdale: When all the people want to make the purchase and this is 15 minutes of small talk, I've heard.

MF: How did you get involved in this? How did this script come your way?

Rossdale: I've been friends with Donovan Leitch a long time and somehow, I don't know. I mean, I think somebody mentioned me to Janell and then Donovan backed it up. And then I went to the essential lunch at the Château Marmont where they will hole up in a corner there. And it just, I liked the speed of the script. I liked the cast and Janell [Shirtcliff, the director] was so excited about the art direction for the sex club they were shooting in. It was nothing to do with anything with Eric. She was so excited about it. I thought, well, I like her passion for shooting. So let's see what happens. So you take the plunge with these things, and you just go for it. And it was a great experience, great people.

MF: I'm curious to know how the script read, because there's a lot of style on screen. Did that come across in the script?

Rossdale: No, not really. And that's down to Janell. I mean, she did a fantastic deck that she was really proud of. And I think as a first movie, that was a specific, by place of comfort for her because she's a wonderful photographer. So she knows how to light and make people look good. So that was what she was in. And then I think that, and then when you take on board the natural abilities of Bella, the way she could act so good. And just Janell created a space for everyone just to do their thing. You know what I mean? And just wasn't too overbearing in any kind of way and just led a free set. It was chaotic because, like all independent movies, time is the money they don't have.

And so it's like, hurry up and say your lines. We've got to shoot it from a different direction. But it was great and I'm excited. The reaction to it is really, that's what's weird because we don't know anything. You're in it, and you don't think about it. They're editing it. They're fighting to get the film made out and all that stuff. And then they get the partners with Lionsgate. And now it's all, everyone is like, wow, the movie, this and that. So it's exciting, nice to be a part of.

MF: Where's the crossover in creativity for you as far as being a musician on one side or acting in front of a camera on a different side?

Rossdale: Right. I think it's a bit like anything creative that you just, you go to a place where you lose yourself in some capacity. So when I sing my songs, I want to lose myself every night for a different reason. I don't chain myself to the meaning of a song, some of that. So I'm loose like that. And that's what I learned. I studied a long time ago. When De Niro didn't cast me after three auditions for that movie he did with Angelina Jolie and Matt Damon, and Leo was the original guy. Anyway-

Rossdale: Yeah, Good Shepherd. I did three auditions with two casting and two were with De Niro, I did four auditions. And he got this amazing acting coach, Harold Guskin, and he wrote this book called How to Stop Acting. And so he's been my main person I studied with. And he's so loose that when you read with him, just things go through him. And I go, "What was that? I want to do that." And he goes, "I don't give a shit. I just say things, thinking things."

So there's a looseness. So I think that when you can lose yourself either in a speech or in a moment or in an action, it's the same as losing yourself on stage in a song. I'm not Bowie, no one is, so it's not like I invent characters, but I definitely lose myself on stage. And I hope to lose myself in being Eric. And in fact, I haven't seen the movie, so I don't really know how much of my stuff has stayed in there, but I definitely know that I left a lot of myself on the set, you know what I mean? So that would be the connection, I would think.

MF: There's a very brutal scene with Queenie. What is she hitting? Because it couldn't have been you. What's she hitting next to you? How'd you shoot that scene in the kitchen?

Rossdale: I think she was basically smacking next to the chair or something like that. Probably caught me a couple of times to make it look real. She was a lot of fun. I mean, it was so wild because my scenes are with Bella who has more experience than everyone on set combined at the ripe age of what, 23 or something. She's probably been acting 21 years. And so she, it's a different vibe with her and then working with Jamie and with Josie. I mean, Josie's energy is, it's extraordinary when you're in the room with her. Do you know what I mean? That's the only word that comes to mind. And her husband was there, super handsome, samurai-looking dude. And I was like, "Oh my God, your wife's crazy." Because she's like that the whole time. So she just went for it. So I don't know what you're referring... Yeah, probably a bit of something next to me, but I'm sure I got hit as well. It's all part of it.

MF: I'm glad you talked about that. I'm always wonder what it's like when somebody's supposed to be snorting coke on a set. I'm always thinking, "What are they actually doing in there? Are you actually snorting?" So that's good to know.

Rossdale: But I'm an idiot because I really, I love acting, and I love giving myself to it a thousand percent. So when I saw the lines the art department put out for a drug dealer, I was like, "That's a little pathetic." They're like, I was going bananas. You don't want them to be like toothpicks, because that's not someone who's got a stash of coke, in my opinion. (I heard from friends of mine.) So not only did I have to do copious amounts of almond powder or whatever it was, almond flour, but they were really big lines. That was really dumb. Because once you've got one shot there, you can't now suddenly go back to the toothpicks they put out originally. So I shot myself in the foot or, in my case, in the nose on that one.

MF: Eric has this really cool house up in the hills. Were the interiors and exteriors from the same house?

Rossdale: Yeah, the Birds. I think it was up in the Birds. Yeah, it's a nice house. And we were totally camped out there when I shot, that's where I shot everything. So I was just there. Yeah.

MF: And so how many days was that for you?

MF: In and out pretty quick, efficient.

Rossdale: Yeah, indie movies you've got to know your lines, know your marks. And thank you, next shot. And so you're like, "Shit, I hope the take was good because we're moving along pretty quick." I've done movies that are a lot, lot slower. I've done 100 million dollar movies, and I've done a million dollar movies. So I liked that, obviously, the 100 millions are fun because then you're like, "Oh my God, we need... Nothing will work unless we have lobster for everyone." Okay, get lobster for everybody. That kind of bullshit. "Oh, look, the helicopter's getting here, so we can get to the airport quickly." The indie movies are fun because it's fast-paced, and you're just moving and [inaudible], and before you know it, you've done 12 hours and...

MF: Yeah. It strikes me that that would feel, especially for a musician, a little garage band style, like you're back to basics and just jamming a little bit.

Rossdale: Yeah. I mean, it feels perfectly professional and everyone's on it. It's just, you're just aware. I sometimes think you've got to look for the act, of course you have to know your lines, but I sometimes think I'm glad that I know my lines because it can be hectic. And then when they want to change something, I find that quite hard as an actor. Even as a singer, as long as you get the first line of the song, I'm cool. So when you start chopping bits, and then you're moving around, some of that's super challenging. I'm not a method actor, although I do really relate to them. So I find myself it's quite hard to... I walk around the whole time with the words. I'm reading it, and I'm thinking about it and I can't go off and jam for a while. So I have to stay in the zone. I find it quite hard to, probably, because I don't act enough that when I'm warmed up and limber, I want to stay in that space.

MF: I would say that sounds like the songwriter in you, that the lyrics are what your focus is.

Rossdale: Yeah, for sure. 100%. I mean, I give myself anxiety, like I don't know them and I do know them. And I run the lines, and then I run them so much in preparation, that's what I did learn from my acting coach. I used to try and memorize them. And he's like, "Oh my God, what a nightmare." Just running them, just by running them, you end up knowing everyone's lines. And that's purely by just repetition.