The actors talk about come up with a backstory together and what drew them to the project.

Inspired by Todd Snider’s song Just Like Old Times, ‘Hard Luck Love Song’ tells the story of a struggling musician who runs into an old flame, and although the sparks are still there, both their past and current situations stand in the way of their future. Stars Michael Dorman and Sophia Bush talked to Moviefone about the new film. 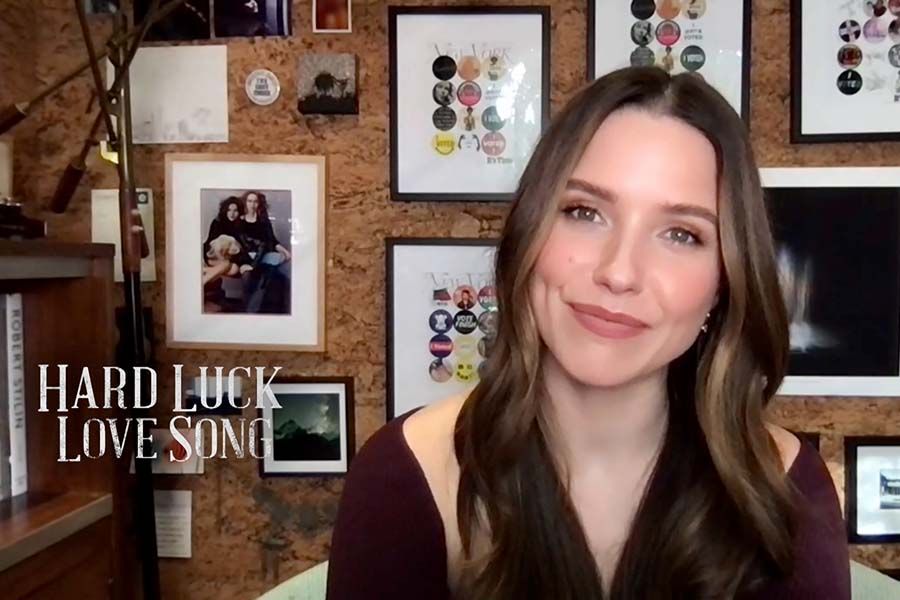 Moviefone: Hi, Michael, what type of conversations did you have with the writer/director, Justin Corsbie, about this movie?

Michael Dorman: So he came to see me. I was playing a show in Los Angeles. I was actually promoting another show that I'd done, and we were doing a live show to try and get people interested. It was part of the press. And he presented a script to me. I read the script, and then he invited me over. I was in Australia at the time, and he invited me over to come and meet with the artist that wrote the song that is Hard Luck Love Song. And I sat down with him, and that was the definitive moment when I actually met Todd Snyder. Anyone that knows his music understands that he's the rawest, most honest, fun, practical jokester of a gem, of an artist, that stands naked every time he sets foot on that stage. It's just him and his guitar, his harmonica. And that, for me, was more so than the conversation, the moment that led me to what you see in the film.

MF: Sophia, what is Carla and Jesse's history?

Sophia Bush: I mean, we certainly created some notions of history.

MF: Well, you had to do some backstory, right?

Bush: Yeah, of course. And I think what's interesting is, we showed up to work with a lot and built a lot through filming the movie. I also think that I don't want to put ideas in the audience's head. I want to see how they respond to these people, to their journey and their connection and both the ways that they love each other and that they trigger each other's pain, and see how they enjoy watching it. But, I suppose, what I will say is that these are two people who, for a long time, have had a pilot light just burning for each other. And to see if this time might be the time when they are grown up enough, where they can get honest enough, where they can be vulnerable enough and make it, is something that, circumstantially, is a bit tragic, but still feels very hopeful to me.

MF: Speaking about being grown up enough, Michael, I feel that Jesse is a complicated guy, and kind of misunderstood.

Dorman: Yeah. I think he's still finding himself. He's pushing the limits, and anyone that writes a lot, in that sense, needs to find something that's more than just plain and obvious. And that sort of feeds into that creativity and into the way that it manifests, in terms of song or poetry or whatever. And a lot of artists that we gravitate towards, there's so much history in every line, and that's why we're there, because they've lived a life. And sometimes it's because they've lived something that's far beyond anything that we've lived or experienced, and so it's an insight into a whole other world. And I feel like Jesse as the character has the potential to go on and be something great, or to just fall over and stop. And that's the tight rope that a character, or someone like that, walks in order to find the truth in their art.

MF: Right, they're right on that edge.

Dorman: It's right on the edge. And it's a razor's edge. And that's why I liked the story that Sophia and I were a part of, because I see those two as almost like two birds, both of them have one wing. So they're clipped, but together they can fly if they can figure it out. But otherwise, they're never going to take flight.