Trending
’The Batman’ The Bat and The Cat Trailer
’Doctor Strange in the Multiverse of Madness’ Trailer
’Spider-Man: Across the Spider-Verse (Part One)' Teaser
’Uncharted’ Trailer #2
January 6th, 2022 - by Moviefone Staff

The filmmaker behind ‘The Last Picture Show,’ ‘What’s Up, Doc?’ and ‘Paper Moon’ passed away in his Los Angeles home from natural causes. 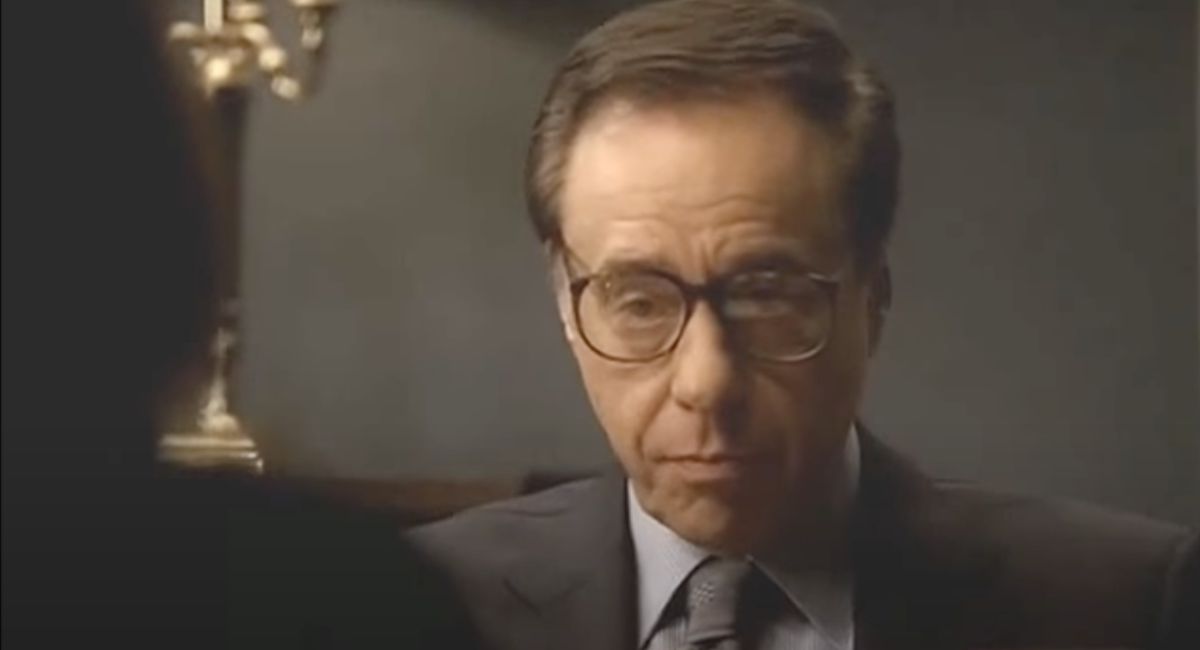 Peter Bogdanovich in 'The Sopranos.’

Sad news coming out of Hollywood on Thursday, as it was announced that legendary writer and director Peter Bogdanovich has passed away at the age of 82. The Oscar-nominated filmmaker’s daughter, Antonia Bogdanovich told The Hollywood Reporter that he died shortly after midnight on January 6th from natural causes.

Peter Bogdanovich began his career as a film journalist in the 1960s, before working with director Roger Corman on 1966’s ‘The Wild Angels.’ Bogdanovich would go on to direct his first film, ‘Targets’ in 1968. But it was the 1971 classic, ‘The Last Picture Show’ that would make the filmmaker a household name. The movie would be nominated for 8 Academy Awards including Best Director and Best Adapted Screenplay for Bogdanovich, winning both Best Supporting Actor and Best Supporting Actress for Ben Johnson and Cloris Leachman, respectively. The Library of Congress selected the movie for preservation in the United States National Film Registry in 1998 for being “culturally, historically or aesthetically significant."

The film would also spark an infamous love affair between Bogdanovich and his lead actress Cybill Shepherd, which would eventually be spoofed in the 1984 movie ‘Irreconcilable Differences,’ with Ryan O’Neal and Sharon Stone representing Bogdanovich and Shepherd, respectively. But that was not the first time that Bogdanovich’s real life was depicted on the big screen, as Bob Fosse’s ‘Star 80’ was centered on the murder of Bogdanovich’s then girlfriend, Playboy model Dorothy Stratten, played by Mariel Hemingway in the film.

After the success of ‘The Last Picture Show,’ Bogdanovich made ‘What’s Up, Doc?’ starring Barbara Streisand and Ryan O’Neal. He followed it up with the Oscar-nominated ‘Paper Moon,’ also starring O’Neal and his real-life daughter Tatum O’Neal, who would go on to be the youngest Best Supporting Actress winner in Oscar history.

After a short break from filmmaking, the director returned in 1985 with the critically acclaimed ‘Mask,’ starring Cher and Eric Stoltz. In 1990, Bogdanovich returned to the franchise that began his career, directing a sequel to ‘The Last Picture Show,’ entitled ‘Texasville.’ Other films on the director’s resume include 1992’s ‘Noises Off,’ 1993’s ‘The Thing Called Love’ with Sandra Bullock, 2001’s ‘The Cat’s Meow’ starring Kirsten Dunst, and 2014’s ‘She’s Funny That Way,’ with Jennifer Aniston and Owen Wilson.

Bogdanovich was also an author, having penned over a dozen books about filmmaking including “The Cinema of Alfred Hitchcock” and “This Is Orson Welles.” In addition, Bogdanovich was also an actor and made countless film and television appearances including in ‘Kill Bill: Volume 1,’ ‘It Chapter Two,’ ‘The Simpsons’ and ‘The Good Wife.’ But he will probably be best known for his role as Jennifer Melfi’s psychiatrist, Dr. Elliot Kupferberg on ‘The Sopranos.’ His most recent project as an actor was appearing in 2019’s ‘The Other Side of the Wind,’ which was an unfinished film by his friend, director Orson Welles that was originally shot between 1970 and 1976.

Oscar-winning director Guillermo del Toro tweeted his thoughts about Bogdanovich’s passing. “Peter Bogdanovich passed away. He was a dear friend and a champion of Cinema,” del Toro said. “He birthed masterpieces as a director and was a most genial human. He single-handedly interviewed and enshrined the lives and work of more classic filmmakers than almost anyone else in his generation.”