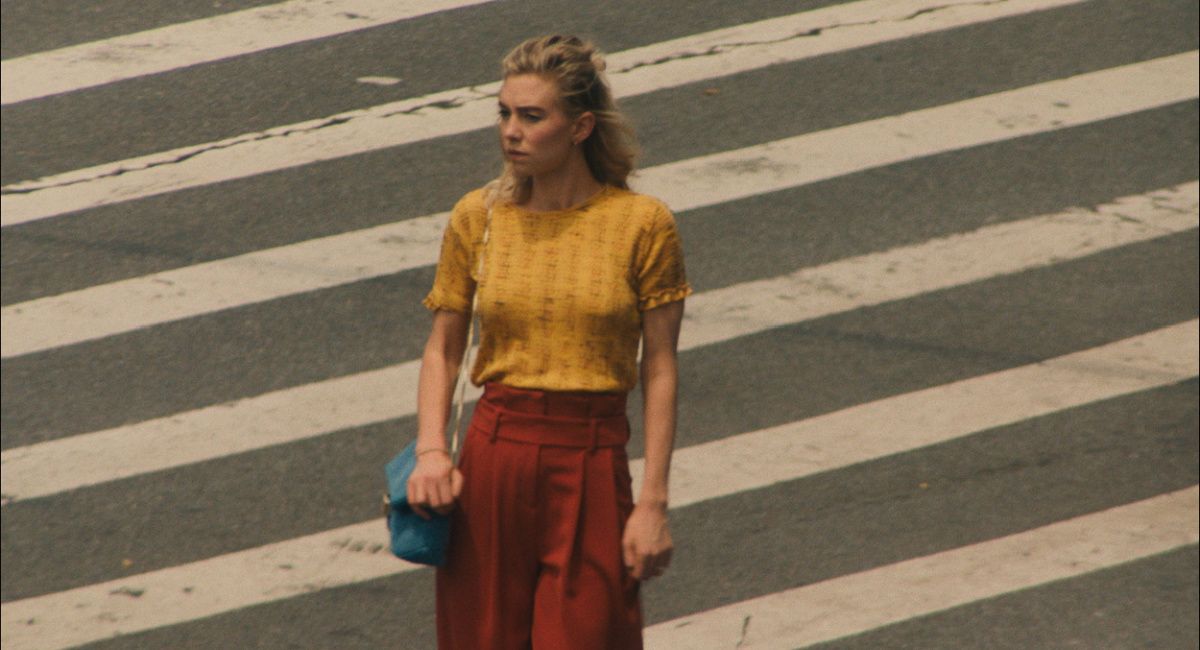 ‘Italian Studies’ follows the story of Alina Reynolds (Kirby), a short story writer living in New York City who loses her memory. Lost in the city with no memory of who she is, Alina starts to put the pieces of her life together when she meets a group of teenagers and spends a night with them.

Moviefone recently had the chance to speak with director Adam Leon and actor Simon Brickner about their work on ‘Italian Studies.’

MOVIEFONE: Adam, I understand that the genius of this movie was actress Vanessa Kirby contacting you to say she is available and wanted to shoot a film with you. Can you talk about the unusual process of making this movie?

Adam Leon: Vanessa and I had been friends for a while. We had been looking for something to work on together, and she called me up and said that she had certain gaps in her schedule and really wanted to be thrown out into the city, into New York, which I've done with some of my previous movies. So, she was like, "Let's get messy. I really want to interact with the real city and with the real environment." From there we developed this idea, this story. It really had some themes and concepts that Vanessa had been thinking about in terms of how we process our environment, what it means to be present, and how that can mean so many different things.

I had this idea from years ago that I had worked on about a woman who loses her memory in New York, but I couldn't quite crack it. Vanessa, our producers and I, we all got together and had this idea of telling that story but from her perspective so we as an audience in some ways are as unmoored as she is. That became very exciting to us.

Then from there, I'd been working with some of these wonderful teenagers, including Simon on another project. The idea of this woman who is searching for her own identity, getting immersed and connected with teenagers who are in a similar but not as immediate space as she is, felt really natural and also exciting.

MF: Simon, what was the experience of filming this movie like for you and how did you relate to your character?

Simon Brickner: Well, I think Simon in this movie is a version of me that is really troubled at the moment, and really going through some things. I can see that reflected in my character, how at the time I was battling addiction and moving from place to place, just really not a secure individual, someone who's really struggling. So, in that sense, it's realistic. I think me freaking out at the party is also something I would do. Even though the hotdog scene was scripted, that is absolutely something I would do in everyday life, just approach random people.

The actual experience making the film, it was like a loving embrace from your family. Adam is wonderful. I feel like he really understood me and what I was going through, and he understood how to bring that out on the screen. The whole production crew was basically like a family, and very loving. It was a very warm experience on set. The costume people, the cast, the crew, they all had great energy that was very nurturing.

MF: Simon, I also wanted to ask you about working with Vanessa Kirby and creating the intimate relationship between these two characters with her?

SB: It was so sweet. It felt so loving and warm, and just natural. I mean, we were just goofing around on camera, and it got strung together into a movie of us just being goofy over and over again. It would be super goofy, and then it gets super deep all of a sudden. So, it was just fun. I think we were just having fun.

MF: Finally, Adam, because the movie was shot in New York before the pandemic, you’ve said that the movie is really a period-piece now. Can you talk about that concept and the idea that you unintentionally captured a moment on film that no longer exists?

AL: It's interesting because I know it is going to come again in some way, but we're all going to be changed in different ways. We obviously didn't know at the time. We were shooting scenes where we were throwing Vanessa into the city streets and there were thousands of people, crowds and all of that.

I think one of the things that's been interesting is how people who watch the movie really feel both this connection to this era, this moment before lockdown and COVID, and also that the movie really speaks to in terms of its ideas of connection, disassociation, isolation and environments, and all of that speaks to what we're going through now. That's been interesting to see people's reactions in terms of that.

Again, you can't do anything about it. But I think that when lockdown first hit, there was a sense of like, "Oh, no. We're going to be irrelevant." I think that it's been really, again, interesting. I don't want to say good. Just this has been interesting to see that it feels the movie is hyper relevant.