The ‘District 9’ actor joins filmmaker Tony Stone to discuss their new film, which is based on the life of The Unabomber, Ted Kaczynksi. 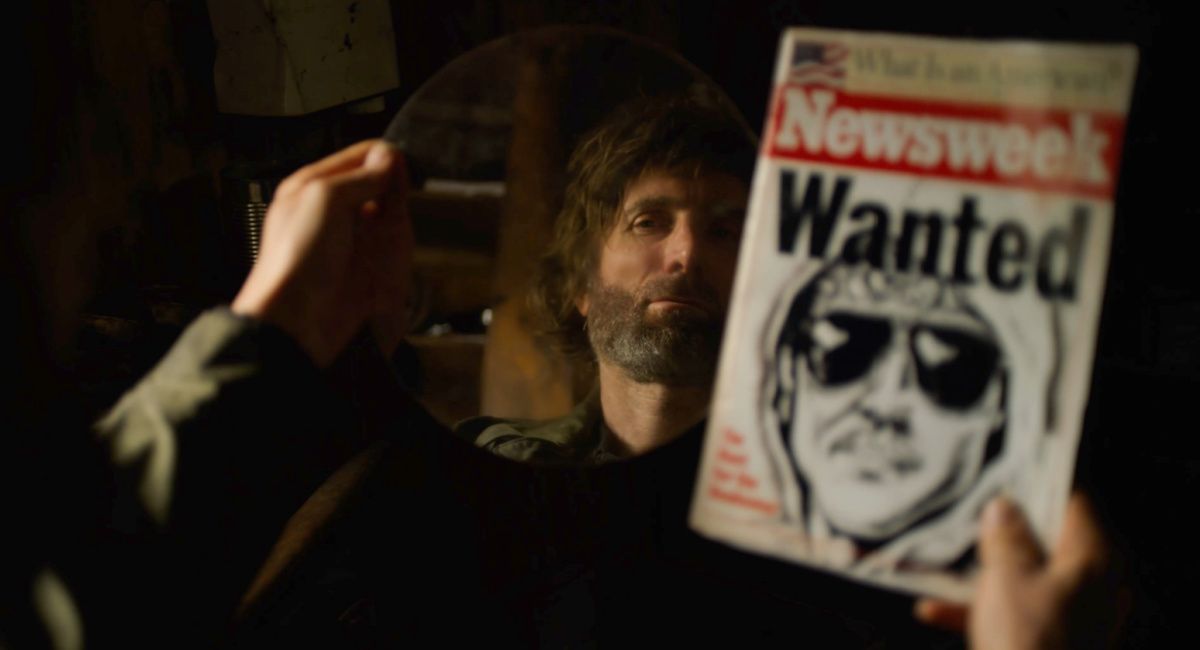 Opening in theaters and on digital beginning February 18th is the new biopic ‘Ted K,’ which is based on the life of Ted Kaczynksi, better known as The Unabomber.

Directed by documentary filmmaker Tony Stone (‘Peter and the Farm’), the movie stars ‘District 9’ actor Sharlto Copley as the title character, while the film explores Kaczynksi’s life leading up to his time as The Unabomber.

Moviefone recently had the pleasure of speaking with both Sharlto Copley and Tony Stone about their work on ‘Ted K.’ The actor and filmmaker discussed the new movie, why they wanted to make a film about Kaczynksi, Sharlto’s approach to the role, and the movie’s use of Alice in Chains’ “Rooster.”

You can read the full transcript of our interview below, or watch a video of the interviews in the player above.

Moviefone: To begin with, Tony, what fascinated you about the life of Ted Kaczynksi and what did you want to say about him with this movie?

Tony Stone: I just was always fascinated with the tale of the Unabomber since I was in high school. He was arrested, covered in dirt and was living with no running water or electricity. The fact that he had this bombing campaign that paralyzed the country and shut down airports. He was able to pull this off with basically a letter-writing campaign.

So, the more I dived into the story, the more complicated it got. The Manifesto that he wrote has become way more relevant than it was when he had written it. So, I just wanted to get into his mind, tell the story, and also let the audience decide how they feel about him.

So, I didn't want it to be a morality tale that a lot of films these days can be. I just wanted to leave it open for interpretation, and how you feel about him. There are moments you're with him, moments you can't believe the way he is acting and then realize, these violent actions, how heinous they are.

So, I just wanted to create this spectrum of the person, but also just humanity in general, where we are saturated by simplistic vilification narratives. I really just wanted to show some of the complexities of the human condition, in a way.

MF: Sharlto, can you talk about your preparation for this role, and what did you learn about Kaczynksi that you did not previously know?

Sharlto Copley: I knew very little about him. I grew up in South Africa and it was on the news there. But when the project came around, I thought this is just another serial killer. I don't want to do it. But then I looked him up. I read the Manifesto. That changed my mind, completely. So, whatever was in the press about him, now I was looking retrospectively. What had been written about him, this mad man that was put in jail. I was like, wait. That doesn't quite add up. This is intriguing.

The man was incredibly self-aware. He was brutally honest about himself, about the people around him, and had a genius IQ. So, it became something that was very interesting to me. There's only one recording of him speaking from jail. When I looked at some of the other adaptations and actors that had played him, I was like, nobody's done his voice. Nobody's done his energy level. This is not the creepy weird guy that you wouldn't be able to talk to. When you listen to him in jail, it's like, I could talk to this guy.

So, that was some of the background. Then, getting into it, it was really just seeing that there was a real human being there. He's like a shrink on himself in his diaries. You see his loneliness, you see his desperation for female company, his frustration of what technology's doing and how it's making people so miserable.

When you look at our suicide rate today, people are seriously miserable. Our suicide rate is monstrously higher than the number of people that died in war and violent crimes combined. It's higher now, in terms of people killing themselves, which is staggering to me. So, it became a very interesting tale.

MF: I want to ask both of you if you had any concerns at all that perhaps you were making Ted Kaczynksi too sympathetic a character in this film?

SC: There was no concern about that for me, because my job is to just portray him as much of a human being as I can. I see that as the function of the acting. With a producer hat, I feel quite strongly as an anti-violence person in my own in life, but I feel like there's an enormous amount of hypocrisy in our society.

I think if we were talking about like, "Don't glorify this villain." I'm like, "Well, look at every single television show and movie that we are making." We are unquestionably glorifying violence. Whether or not that is affecting kids or not, we can have that debate. That's a three-hour conversation. But to say, of all the violent roles that I've played, I was the most comfortable with this one because it was at least honest.

It was at least looking at, why do people do this? We are a violent animals, the males of the species in particular. From my father's generation, back, in my view, there was at least a 50% chance that if you were male, you were killing or defending with your life. That was normal male existence for thousands of years.

Really, it’s only since the World War II that we're going, "Violence? We don't do that." It's like, no, no. We do!" It's deep in our genetics. We're already seeing it in our societies now. It's bubbling just under the surface. So, at least we’re dealing with violence in a way that is like, let’s get under the hood in a little bit more of an honest way. It's like, look at every movie that’s made. ‘Game of Thrones’ is the biggest show in the world, and you're complaining about humans being so tribal and violent. You don't see any connection?

TS: We did approach the film from the documentary perspective. So, I just felt, doing all the research, understanding Ted, as well as you could, that we just would strike a balance. I don't think anybody goes to see this film and wants to repeat what he's done. It's in the traditional anti-hero characters in cinema, and cinema is this escapist media. That's why I like it.

So, I think it was just to create an experience of what this villain is like and add some humanity to it. So, there's humanity. There’re moments of empathy, of course. It's like as if you were Ted Kaczynski's family member and you were watching this film. You'd have disappointments in his actions, but also understand that this person is a human being.

MF: Tony, there is a pivotal moment in the movie when you use for the music, Alice in Chains’ “Rooster.” I thought it was a perfect marriage of that song and that particular moment in the film. Can you talk about choosing that song for that scene?

TS: Glad you asked. Thank you. That almost happened by accident. That was not pre-planned. It just aligned, so well. It comes in a moment where Ted has reached his high point, and he's paralyzed the nation with his mail bombing campaign. Then, obviously, it’s so specific to the period.

Weirdly, the lyrics align with Ted Kaczynski at that moment. I think there's absurdism to it, too. But also, really putting you in the time and place. Obviously, it's a song that Ted Kaczynski would've despised. He was obviously more Baroque focused, which we use a lot of in the film.

MF: Sharlto, was it difficult for you as an actor to get Ted Kaczynksi out of your head when you were done making the movie?

SC: No. What was difficult was to live that experience and see how right he was about what's happened to society. So, when I come back, and I look at my phone, and just look at my screen time every week, every day, or whatever, it haunts me. The experience of living and spending the time we did, because we went back for all the seasons.

So, we spent a lot of time out there, lived in that environment, and filmed on his actual land. So, that's been difficult to shake, the idea that we really are in a tough spot as a society. It's like, what do I do? I can't do anything. I'm just a domesticated cow. Just in the system. That bugs me, for sure.

MF: Finally, Tony, what do you hope audiences take away from this movie about the life of Ted Kaczynksi?

TS: I don't know if I can answer that. That's where I want to let the film speak for itself, and people to come to their own conclusions. So, we leave the film as an open book for the audience members to feel what they want and connect with some of the ideas, or not. I just wanted to leave it open ended for them to interpret.

"In the woods no one can hear you think."
59
Not Yet Rated
Watch Ted K Online