Salma Hayek’s officially back as Kitty Softpaws, while Ray Winstone and John Mulaney are also among the new recruits. 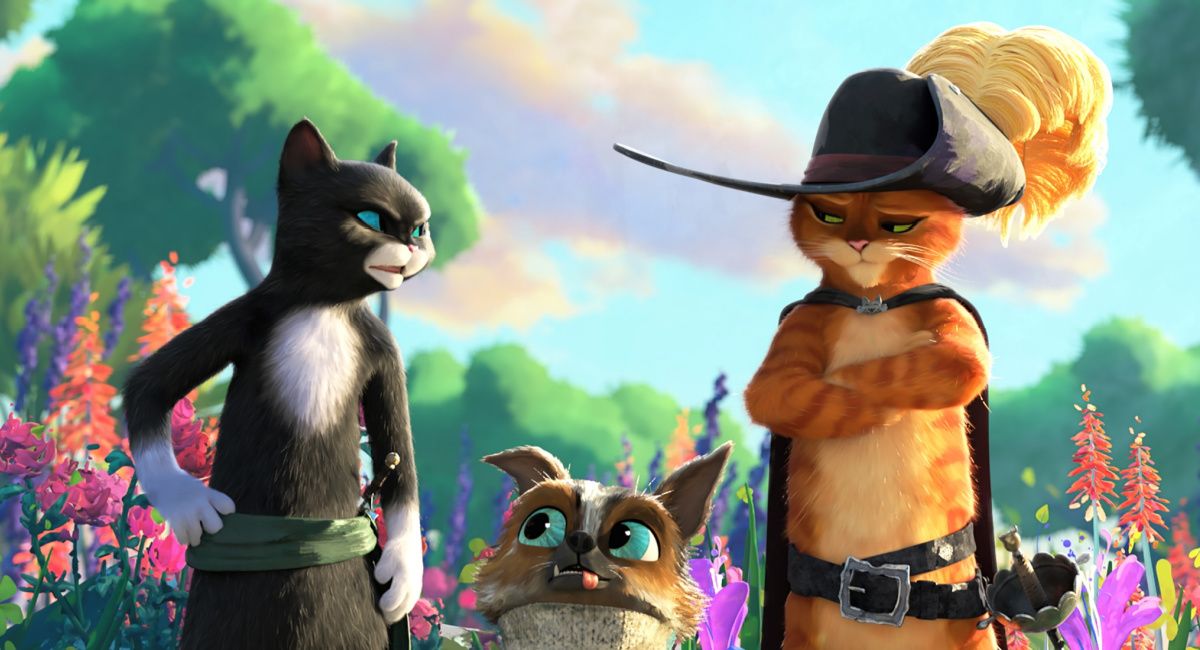 We’ve known for a while that Antonio Banderas will be bringing his vocal stylings once more to the charismatic, sword-swinging feline for DreamWorks Animation sequel ‘Puss in Boots: The Last Wish’. News arrives today that Salma Hayek will be back as Kitty Softpaws, while a host of new casting has also been announced.

The story for the new movie is set two months after the events of the first film, when Puss discovers that his passion for adventure has taken its toll: He has burned through eight of his nine lives, leaving him with only one left. He sets out on an epic journey to find the mystical Last Wish and restore his nine lives.

So far, the only person with a named character on that list of new voices is ‘What We Do in the Shadows’ Guillén, who is playing Perro, a scruffy dog that is friends with our heroes. And Hayek’s Softpaws, of course, will be back as Puss’ great love, albeit one who keeps him on his toes. Well.. toe beans?

Puss as a character was introduced back in 2004’s ‘Shrek 2’, where he quickly became an audience favorite. His eponymous spin-off movie, however, didn’t appear until 2011 and the road to a sequel has taken even longer.

Chatter about a potential follow-up first started in 2012, when Guillermo del Toro (who was consulting as a producer for the DreamWorks team) announced that one was in the early stages. Banderas followed that up in 2014, saying in April of that year that work had already begun.

DreamWorks went on to announce the title – ‘Puss in Boots: Nine Lives and Forty Thieves’ in June 2014, setting a November 2018 release date. A mere two months later, the warning signs began as it was delayed to December 2018.

Fast-forward to January 2015, and the sequel was yanked from the schedules amidst corporate and creative restructuring before Banderas was back in March talking about script re-writes.

Finally, in 2021, the movie re-emerged properly with its new title and a release date set for this year. There had been talk during its earlier development that Mike Myers might show up as Shrek, whose own franchise is still somewhat up in the air. Despite plenty of stories about a potential fifth film, and possibly a reboot, nothing concrete has emerged yet.

Joel Crawford, who directed ‘The Croods 2: A New Age’ will direct this one, alongside Januel Mercado, who also worked on the prehistoric sequel. And the movie also makes a small point of DreamWorks history – it’s the first sequel derived from a spin-off movie.

Puss in Boots: The Last Wish

Puss in Boots discovers that his passion for adventure has taken its toll: He has burned through eight of his nine lives, leaving him with only one life left. Puss... Read the Plot

First Trailer and Poster for ‘Puss in Boots: The Last Wish’