The 1980s fame-seeking sensation is focus of a new limited series on Peacock. 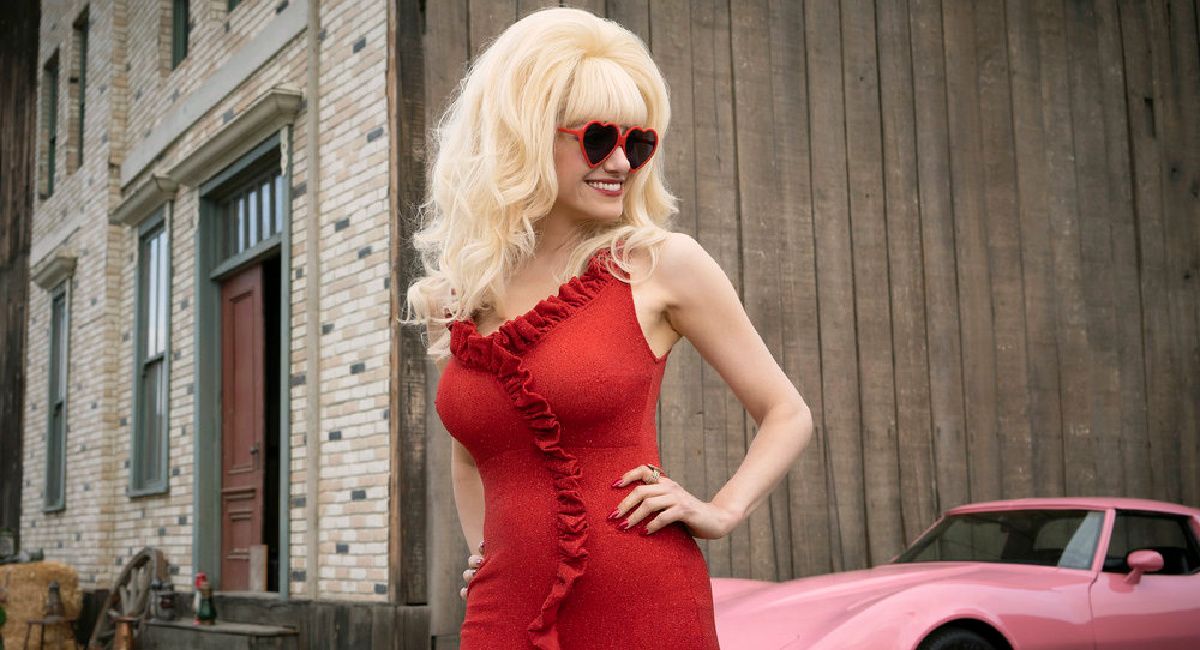 Before the days when you could be Insta-famous (or celebrity sex tapes kickstarted/threatened careers), there was Angelyne.

A buxom blonde who appeared on billboards across Los Angeles in seductive poses with no other information save her striking name, she was seeking fame and fortune, and quickly became a viral sensation before there was even really a term for it. But what about the story behind the sensation?

That’s what new Peacock limited series ‘Angelyne’ is setting out to answer, and the show has a first trailer online.

Emmy Rossum stars as the title character, who was born in 1950 in Poland with the slightly less marketable name Ronia Tamar Goldberg. In 1978, she joined her then-boyfriend's punk rock band Baby Blue, which performed in clubs around Los Angeles but never became financially successful. In 1982 she released her self-titled debut album, and her first posters began appearing as a part of the album's promotion.

After the launch of a massive billboard campaign in February 1984, she began working on her second album. ‘Driven to Fantasy’ was released in 1986. Angelyne then appeared in small parts in films such as ‘Earth Girls Are Easy’, ‘Dangerous Love’ and ‘Homer and Eddie’. Requests for magazine interviews flooded in, and she was the focus of local news attention for a while.

Her trademark style item was her pink corvette, in which she could be seen driving the streets.

In later life, Angelyne was a candidate in the 2003 California gubernatorial recall election, finishing 29th in a field of 135 candidates (garnering 2,536 votes). Her slogan during the campaign was "We've had Gray, we've had Brown, now it's time for some blond and pink.” Such was the mystery she built around her real personality that her name and family details didn’t come out until 2017.

The new limited series is a mockumentary style affair, with those either around Angelyne or influenced by her telling their side of the story, with overlapping and conflicting accounts.

‘Angelyne’ seeks to peek behind the billboards, but don’t go thinking that this is a documentary-level truthful dig into what happened with her. In an official statement, showrunner Allison Miller made it clear that the series isn’t supposed to be the “real” story of the 80s superstar. Rather, the idea of the show is to examine a person’s determination to follow their dreams, no matter what the cost. The show will also showcase celebrity in decades past and how the news and stories moved at a different pace back then.

‘Angelyne’ will arrive on Peacock starting May 19th.