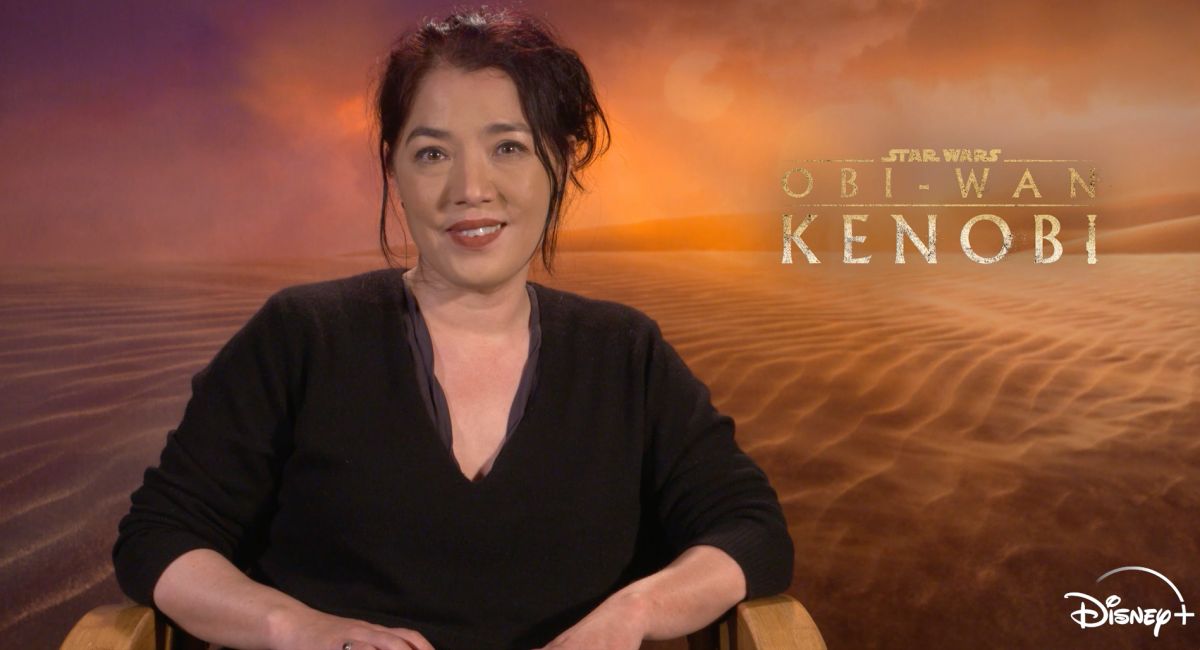 Premiering on Disney+ May 27th is the new six-part series from Lucasfilm entitled ‘Obi Wan Kenobi,’ which stars Ewan McGregor reprising his iconic role from ‘Star Wars: Episode I – The Phantom Menace.’

Directed by ‘The Mandalorian’s Deborah Chow, the series is set ten years after the events of ‘Star Wars: Episode III – Revenge of the Sith,’ and features Kenobi hiding on Tatooine in exile protecting a young Luke Skywalker (Grant Feely). But when Darth Vader (Hayden Christensen) sets up the Sith Inquisitors program to hunt down any surviving Jedi after Order 66, Kenobi leaves Tatooine to embark on a new adventure.

Moviefone recently had the pleasure of speaking with director Deborah Chow about her work on ‘Obie Wan Kenobi.’

You can read the full interview below or click on the video player above to watch our interviews with director Deborah Chow, Ewan McGregor, Hayden Christensen, and Moses Ingram.

Moviefone: To begin with, can you talk about how your work on ‘The Mandalorian’ prepared you to direct this series?

Deborah Chow: My work on ‘The Mandalorian’, that whole experience, honestly, it felt pivotal to being able to do ‘Kenobi.’ Not only because I got introduced to ‘Star Wars’ and learned ‘Star Wars’ with people like Dave Filoni and Jon Favreau, but also just learning the practicality of it. How to do a creature, how they move, and just learning so much of how that world operates.

The other thing that, honestly, was very pivotal was the technology. We used stagecraft and the volume on the first season of ‘Mando,’ and it was something I was incredibly excited to continue doing on ‘Kenobi.’

MF: What can you tease fans about the journey that Obi-Wan will take throughout this series?

DC: I think one of the biggest questions that we were looking at when we were developing this series was how did Kenobi go from the end of ‘Revenge of the Sith,’ standing on the banks of Mustafar, screaming and thinking he killed Anakin, to the calm peace of Sir Alec Guinness in ‘A New Hope,’ and obviously, something did happen in the character’s arc. So really for us, that was largely why we felt we had a story to tell.

MF: What was it like working with Ewan McGregor and watching him reprise this iconic role?

DC: Ewan was the best. Honestly, he is the show. There obviously is no show without Ewan. He was very much a creative partner on the show. So, he's been there through every stage with me. It's been pretty amazing because not only does he know this character so incredibly well, but he's also at a different point in his life at the same time, we're trying to do this character at a different point in his life. So, it was essential to have him be really part of the creative in developing it.

MF: Can you also talk about bringing Hayden Christensen back as Darth Vader and working with him on a character he first played twenty years ago?

DC: It's an interesting thing. You don't get this opportunity very often that you're bringing characters back from a franchise and where they've been in a trilogy together, and then so many years have passed. So, I think for a lot of them, and also with Joel and Bonnie coming back to do their roles was the same thing. It's so interesting because they've lived with these characters for so long, even in just the public eye and perception in their lives. So, to come back, it ended up feeling very special, and it felt very emotional. There's a lot of personal feelings involved in it as well.

DC: Well, I think one of the most interesting things for us was that this is Darth Vader, but this is a Darth Vader at a different point in his life. That's something that's very interesting because he's not the exact same character that he was in the prequels nor in the original trilogy. So, we're doing him in midlife when he's between these two trilogies. So, that was something that was really, really interesting to explore.