The ‘Attack of the Clones’ and ‘Revenge of the Sith’ actor discusses reprising his iconic role as Darth Vader on the new ‘Star Wars’ prequel era series. 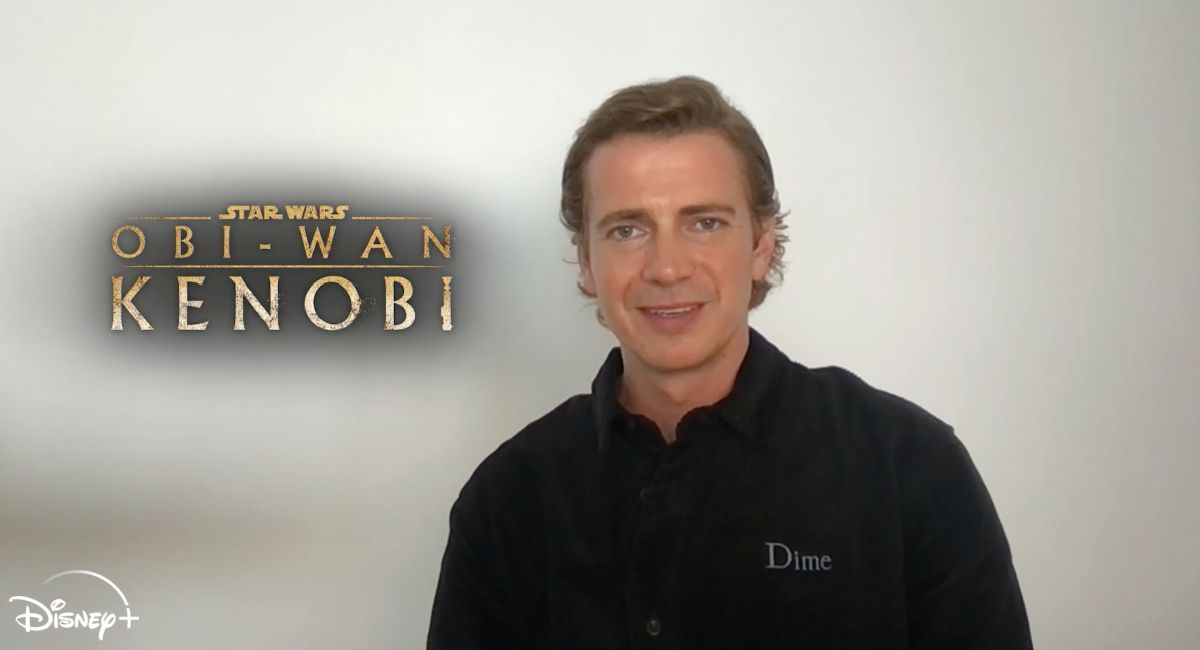 Currently streaming on Disney+ is the new six-part series from Lucasfilm entitled ‘Obi Wan Kenobi,’ which will conclude with its final episode premiering June 22nd.

Directed by ‘The Mandalorian’s Deborah Chow, the series is set ten years after the events of ‘Star Wars: Episode III – Revenge of the Sith,’ and finds Kenobi hiding in exile on Tatooine. But when Darth Vader sends Sith Inquisitors to hunt down any surviving Jedi after Order 66, a young Princess Leia (Vivien Lyra Blair) is kidnapped bringing Kenobi out of hiding and off on a new adventure to save her.

Moviefone recently had the pleasure of speaking with Hayden Christensen about reprising his role as Darth Vader and his work on ‘Obi-Wan Kenobi.’

You can read our full interview below or watch the interview by clicking on the video player above.

Moviefone: To begin with, what has the fan reaction to your return been like for you personally, and when did you first know that it might be possible for you to return to the ‘Star Wars’ franchise?

Hayden Christensen: I can't tell you how much the support from the fans has meant to me. It's really just a very special thing to get to be a part of ‘Star Wars’ and for me to have played this character. So yeah, it just means a lot.

I never really thought I would be coming back to this character for a long time. Maybe the idea was starting to form in the back of my head a little while ago, but no, when I got the phone call to come back, it was definitely a surprise.

MF: Anakin has grown a lot in the ‘Star Wars’ mythology since the last time you played him, thanks to Animation, comic books and video games. Have you followed Anakin’s journey over the years, or did you have to Wookieepedia the character to know what he’s been through since ‘Revenge of the Sith?’

HC: Well, when I found out that I'd be playing him again, I just went back and caught up on as much as I could. I watched all of the animated work that they did. That was fascinating to get to see what they did with this character and some of the storylines and adventures that they went on. So, it just helps inform the bigger picture a little bit. It was good fun too. I really enjoyed getting to go back and watch all that stuff.

MF: Finally, can you talk about working again with Ewan McGregor, specifically on the incredible lightsaber battle you have together in the third episode of the series?

HC: Ewan and I, we actually didn't get to practice that fight together until the day that we went to go film it. So, I was kind of doing my stuff separate, and Ewan was very busy, obviously, because he's got so much to do in this show that he was kind of working on his own schedule. Then the morning of, we got to clash lightsabers again for the first time. It was just so much fun.

The finale of 'Obi-Wan Kenobi' will stream June 22nd on Disney+.

Jimmy Smits Joins 'How to Get Away With Murder' Season 4