She hopes the pair will “heal, talk and reconcile”. 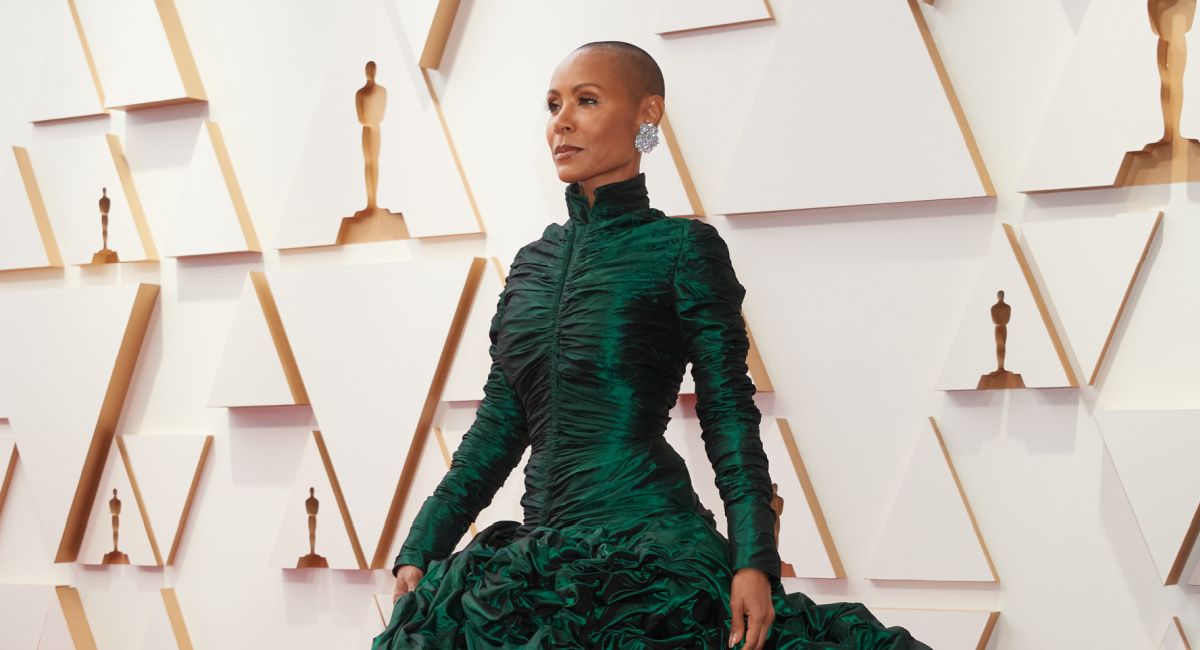 Jada Pinkett Smith arrives on the red carpet of the 94th Oscars® at the Dolby Theatre at the Ovation Hollywood in Los Angeles, CA, on Sunday, March 27, 2022. Photo: Michael Baker / A.M.P.A.S.

The incident that occurred at the Oscars on March 27 this year between Chris Rock and Will Smith continues to cause ripples in pop culture.

And while Smith’s wife, actor Jada Pinkett Smith hasn’t really commented about what happened on the night, she has now opened up about it on her Facebook Watch talk show ‘Red Table Talk’.

“This is a really important Red Table Talk on alopecia,” Pinkett Smith said at the top of this week’s show. “Considering what I’ve been through with my own health and what happened at the Oscars, thousands have reached out to me with their stories. I’m using this moment to give our alopecia family an opportunity to talk about what it’s like to have this condition and to inform people about what alopecia actually is.”

Directly addressing what happened, Pinkett Smith continued, “Now about Oscar night, my deepest hope is that these two intelligent, capable men have an opportunity to heal, talk this out and reconcile,” she said. “The state of the world today, we need them both. And we all actually need one another more than ever. Until then, Will and I are continuing to do what we have done for the last 28 years, and that’s keep figuring out this thing called life together. Thank you for listening.”

She went on to discuss the impact of alopecia and had guests whose lives have been impacted by the condition, including Niki Ball, whose daughter committed suicide after being bullied for her appearance.

For the benefit of anyone who might not be aware of what occurred on Oscar night this year, presenter Chris Rock, who was onstage to announce the winner of the Best Documentary Feature award, started joking about people in the audience.

Amongst his targets was Pinkett Smith, who has struggled for years with alopecia and attended the event with a shaved head. “Jada, I love ya,” Rock said, reportedly unaware of her condition. “G.I. Jane 2, can’t wait to see it. All right?” Though Smith initially laughed uncomfortably at the joke, Pinkett Smith was clearly unamused.

Things took a turn when Smith marched on stage and slapped Rock. The audience was at first wondering whether it was a comedy bit the pair had planned, though soon become convinced otherwise when Smith returned to his seat and shouted, “Keep my wife’s name out of your f****** mouth!” more than once.

Though Smith would be back on stage later that evening to collect the Best Actor award for ‘King Richard’, the fallout continued to spread past the night.

The Academy board convened to discuss disciplinary action against the actor, but Smith got the jump on them and resigned from the Academy. He was still handed a decade-long ban from any events around the Oscars.

Smith has since apologized for his actions, saying in part, “I deeply regret that my behavior has stained what has been an otherwise gorgeous journey for all of us,” though debates have raged as to whether he was right to do what he did.

Since that apology, Smith has kept a low profile as projects he was attached to quietly returned to development limbo.

Oscar® nominee Will Smith and Jada Pinkett Smith arrives on the red carpet of the 94th Oscars® at the Dolby Theatre at the Ovation Hollywood in Los Angeles, CA, on Sunday, March 27, 2022. Photo: Michael Baker / A.M.P.A.S.