Neve Campbell Turns Down “Undervalued” Offer to Return For ‘Scream 6’

“Sadly I won’t be making the next Scream film,” she tells fans. 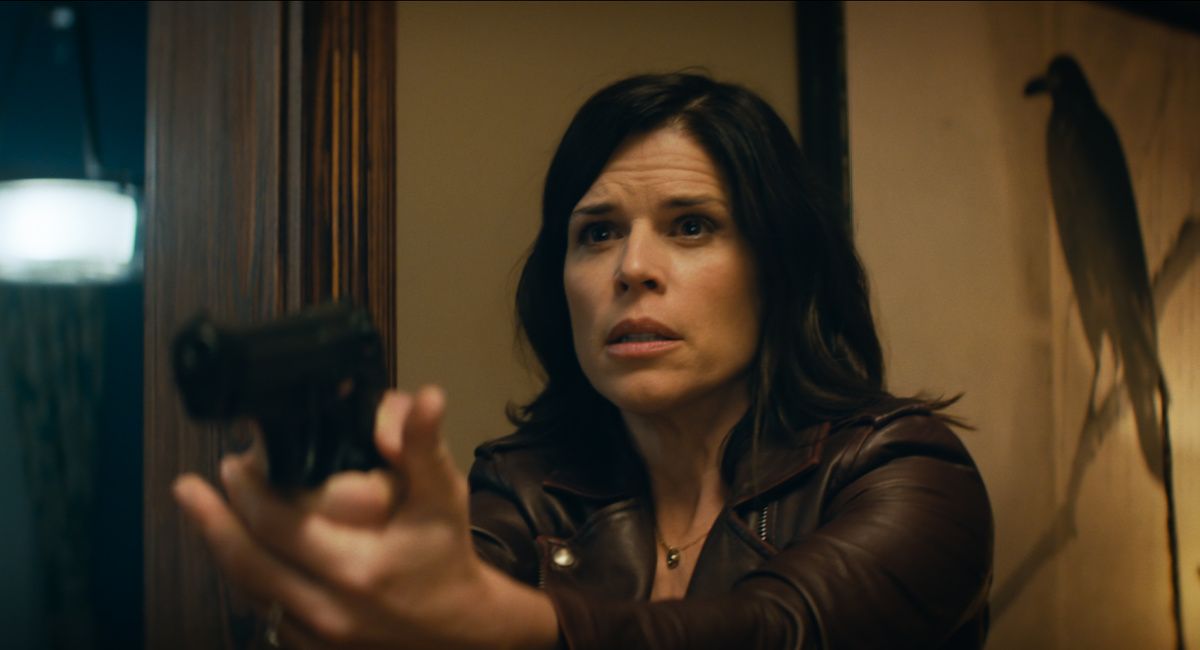 In the months since the most recent entry in the Ghostface franchise – simply titled ‘Scream’, despite being the fifth movie – we’ve had a flurry of stories that represent good news for fans.

In February, a month after the latest movie opened, we learned that the next one is already in the works, with directors Matt Bettinelli-Olpin and Tyler Gillett, part of the filmmaking collective known as Radio Silence, returning behind the camera along with writers James Vanderbilt and Guy Busick.

That was followed by word that ‘Scream 4’s Hayden Panettiere would be back as her character, Kirby Reed. And just this month, Dermot Mulroney was recruited to join the movie, set to play a cop (which doesn’t point to the healthiest life expectancy for his character).

But then came the bad news: Neve Campbell, one of the veterans of the franchise, the woman who has brought stalker slasher survivor Sidney Prescott to life in every one of the movies so far, would not be returning for this new one.

And, as it turns out, it’s because she’s taking a stand over a lowball pay offer. “Sadly, I won’t be making the next ‘Scream’ film,” Campbell says in a statement. “As a woman I have had to work extremely hard in my career to establish my value, especially when it comes to ‘Scream’. I felt the offer that was presented to me did not equate to the value I have brought to the franchise.”

Campbell has a point – this is a run of movies that has so far made around $774 million in the last two decades plus, and fans do keep coming back to see how Sidney fares.

She goes on to add: “It’s been a very difficult decision to move on. To all my ‘’Scream fans, I love you. You’ve always been so incredibly supportive to me. I’m forever grateful to you and to what this franchise has given me over the past 25 years.”

The movie has yet to start shooting, so there remains hope that Paramount could dig into its pockets (recently lined with lots of ‘Top Gun: Maverick’ money) and put forth a better offer.

Fellow ‘Scream’ stalwart Courtney Cox will be back for the new movie as Gale Weathers, and the cast is led by the survivors of this year’s ‘Scream’ – Melissa Barrera (Sam Carpenter), Jasmin Savoy Brown (Mindy Meeks-Martin), Mason Gooding (Chad Meeks-Martin) and Jenna Ortega (Tara Carpenter), whose characters are moving out of Woodsboro to try and start the next chapter of their lives.

Little else is known about the plot so far, save that Ghostface will naturally be back to terrorize everyone and there’ll be plenty of references to horror movies. Ortega has described the script as getting “more and more gory” as it goes along, and that the masked menace will be “the most aggressive and violent version” yet.

The next installment in the 'Scream' franchise. Plot TBA. Read the Plot