The ‘Hot Tub Time Machine’ star discusses his work in the popular animated movie as well as his new Peacock series, ‘Killing It.’ 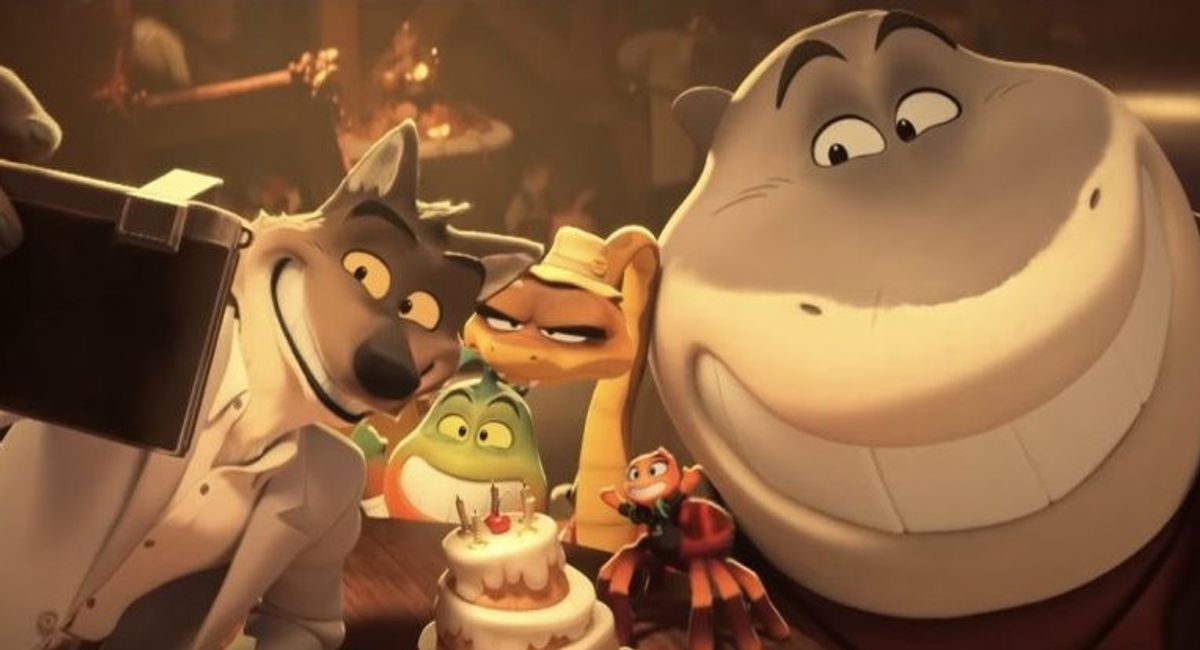 Available on DVD and Blu-Ray beginning June 21st is the extremely popular animated movie ‘The Bad Guys,’ which was directed by Pierre Perifel (‘Kung Fu Panda 3’).

The film revolves around a group of notorious villains, Wolf (Sam Rockwell), Snake (Marc Maron), Tarantula (Awkwafina), Shark (Craig Robinson), and Piranha (Anthony Ramos), who pretend to reform in order to pull off the greatest heist in history.

Actor, comedian and musician Craig Robinson is best known for his roles as Darryl Philbin on ‘The Office,’ and as Nick Webber in ‘Hot Tub Time Machine’ and its sequel.

But Robinson has appeared in dozens of popular TV series and movies including ‘Arrested Development,’ ‘Eastbound & Down,’ ‘Brooklyn Nine-Nine,’ ‘Pineapple Express,’ ‘This Is the End,’ ‘Shrek Forever After,’ ‘Sausage Party,’ and ‘Dolemite Is My Name.’

Moviefone recently had the pleasure of speaking with Craig Robinson about his work on ‘The Bad Guys,’ as well as his new Peacock series ‘Killing It.’

You can read our full interview with Craig Robinson below or click on the player above to watch a video of the interview.

You can read our full interview with Craig Robinson below or click on the player above to watch a video of the interview.

Moviefone: To begin with, how did you get involved with ‘The Bad Guys’ and what was your first reaction to the screenplay?

MF: Can you talk about how you discovered the voice for Shark?

CR: You know, that's the beauty of recording in the booth. It took maybe a few scenes and we found this joyous personality, kind of naive and gullible yet he has a mean streak character. We went back and recorded stuff with this guy's attitude and a lot of it is from the collaboration.

We got director, Pierre Perifel, and then the producer, Damon Ross, and we were going back and forth for jokes. I would say something, and they would say, “Oh, and this”. Then it would turn into this other thing. That was the beauty of my character, because he got to be other characters. There are other voices that you didn't hear such as my French accent, which I hope is on the DVD.

MF: I know that you recorded by yourself, what was it like for you when you finally met the other actors on the press tour?

CR: It was just a mutual, everybody loves everybody kind of moment and everybody was just like, "Hey, oh you, oh yeah." You know, that's what it was. You go back and forth, and then you get together and then there's a bunch of jokes and laughter. It's like a real quick family picnic and then everybody dispersed. That was cool. I've worked with Marc Maron on stage before and I've been on his podcast. So, I knew Marc.

MF: The movie deals with themes of friendship, forgiveness, responsibility, and family. What were some of the themes that really spoke to you and made you want to be a part of this project?

MF: The movie was extremely successful at the box office, were you surprised by how popular it’s become?

MF: What can you tell our audience about your new series ‘Killing It?’

CR: ‘Killing It’ is on Peacock TV. It's streaming. I play Craig Foster. He's a man who will do anything to achieve the American dream, including becoming an invasive species vigilante.

MF: Finally, your character works with snakes on the series. Did you have to work with real snakes while filming?

CR: Oh yes. The American Humane Society was there every time we had the real snakes and I like snakes, so it was fun. I'm okay with snakes. I went to Australia and I played with some snakes. I was like, "Oh, these snakes are cool." I'm not saying I require or crave snakes. I'm just saying I'm cool with snakes.