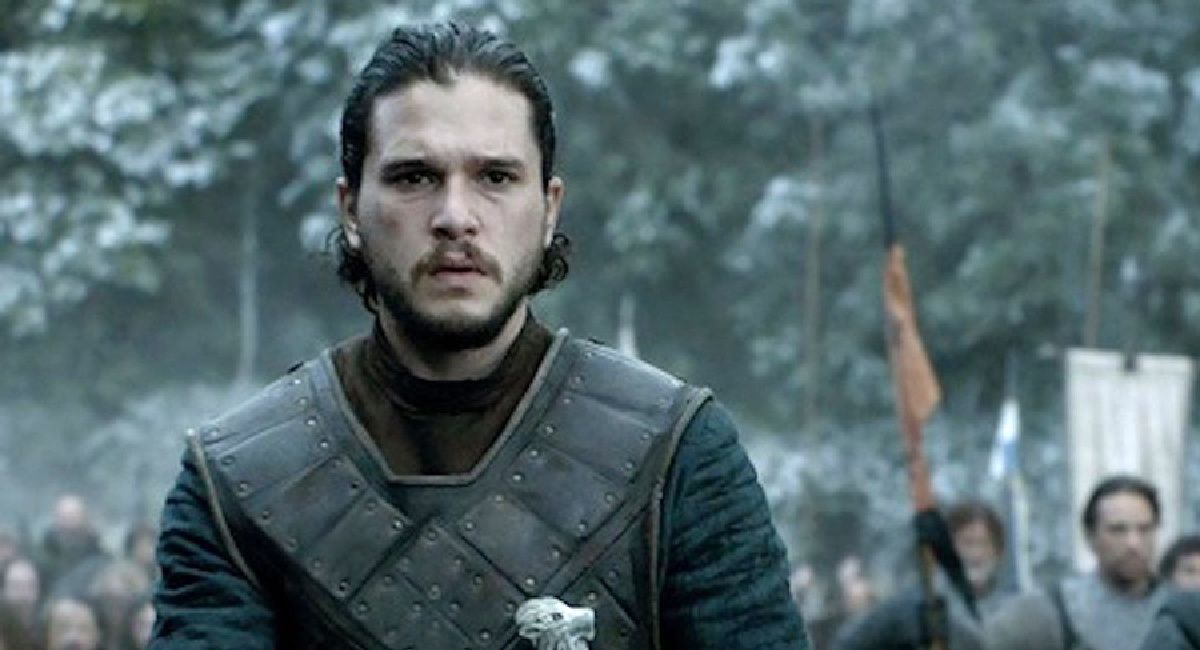 Kit Harington as Jon Snow on HBO's 'Game of Thrones.'

There were ripples in ‘Game of Thrones’ fandom a few days ago when word emerged that a spin-off series about Kit Harrington’s Jon Snow character was in consideration at HBO. And, while he doesn’t always comment, ‘Thrones’ novelist George R.R. Martin has taken to his famous blog to confirm that the series is in the works.

The sequel series, which had been rumored as far back as 2016, is, according to Martin, currently simply titled ‘Snow’ and has been in development almost as long as the other live-action ‘Thrones’ spin-offs (more on those below).

“‘Snow’ has been in development almost as long as the other three, but for whatever reason it was never announced and it never leaked… until now,” says Martin.

The writer (and ‘Thrones’ adaptation consultant) also commented on Emilia Clarke’s recent revelation during a TV interview that it was actually Harrington who had brought the concept to HBO. “He has told me about it,” Clarke told the BBC. “And I know it exists. It’s happening. It’s been created by Kit as far as I can understand, so he’s in it from the ground up. So what you will be watching, hopefully, if it happens, is certified by Kit Harington.” Though queried as to whether she’d be up for returning as Daenerys Targaryen, she replied, “No, I think I’m done.” Short of being revived in some fantastical fashion, Dany is done too, as she died at Snow’s hands during the ‘Thrones’ series finale.

George R.R. Martin on the set of HBO's 'Game of Thrones.'

“Yes, it was Kit Harrington who brought the idea to us. I cannot tell you the names of the writers/showrunners, since that has not been cleared for release yet, but Kit brought them in too, his own team, and they are terrific,” Martin enthuses. “Kit’s team have visited me here in Santa Fe and worked with me and my own team of brilliant, talented writer/consultants to hammer out the show.”

While prequel ‘House of the Dragon’ – which touches down on HBO on August 21st – the other shows based around ‘Thrones’ are, according to Martin, still very much at the script stage and may not make it to screens. He also mentioned that he’s involved in some fashion in them all: ‘10,000 Ships’ (aka ‘Nymeria’) which has a showrunner in Amanda Segel, ‘9 Voyages’ (aka ‘The Sea Snake’) overseen by Bruno Heller, and ‘The Hedge Knight’, drawn from the ‘Dunk and Egg’ stories, run by Steve Conrad.

There are also three animated prequel projects, including ‘The Golden Empire’, which is set in the China-inspired land of Yi Ti.

Finally, Martin addressed his frustration that a recent print interview he gave about competition in the fantasy sphere was twisted by some outlets to make it sound like he wanted to “beat” incoming ‘Lord of the Rings’ prequel series ‘The Rings of Power’. “I expect I will be watching ‘Rings of Power’ when it premieres. I want it to be great. I want it to run for many years, to win Emmys and Golden Globes. And I want the same for ‘House of the Dragon’. Regardless of awards, I want both shows to find an appreciative audience, and give them great television. Great fantasy. The more fantasy hits we have, the more great fantasy we are likely to get.”

Kit Harington as Jon Snow on HBO's 'Game of Thrones.'