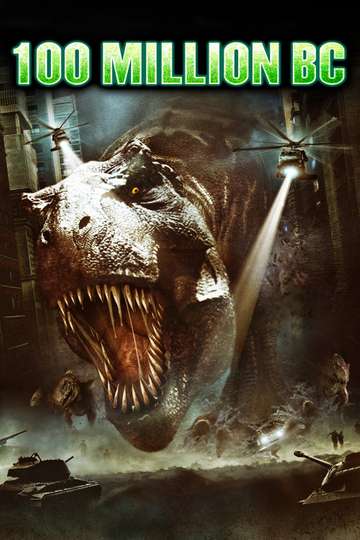 Want to watch '100 Million BC' in the comfort of your own home? Tracking down a streaming service to buy, rent, download, or view the Griff Furst-directed movie via subscription can be a huge pain, so we here at Moviefone want to take the pressure off.

Read on for a listing of streaming and cable services - including rental, purchase, and subscription options - along with the availability of '100 Million BC' on each platform when they are available. Now, before we get into the fundamentals of how you can watch '100 Million BC' right now, here are some finer points about the The Asylum action flick.

Released July 29th, 2008, '100 Million BC' stars Michael Gross, Christopher Atkins, Greg Evigan, Stephen Blackehart The R movie has a runtime of about 1 hr 25 min, and received a user score of 33 (out of 100) on TMDb, which compiled reviews from 61 experienced users.

Curious to know what the movie's about? Here's the plot: "A scientist from the failed Philadelphia Experiment leads a team of Navy SEALs back in time to the Cretaceous Period to rescue the first team he sent back during the 1940s. Things go wildly awry though, when on his return he accidentally brings a giant, man-eating dinosaur back through the portal and into modern-day, downtown Los Angeles."

'100 Million BC' is currently available to rent, purchase, or stream via subscription on Microsoft Store, Amazon Video, Hoopla, Spectrum On Demand, Tubi TV, The Roku Channel, Pluto TV, and FlixFling .