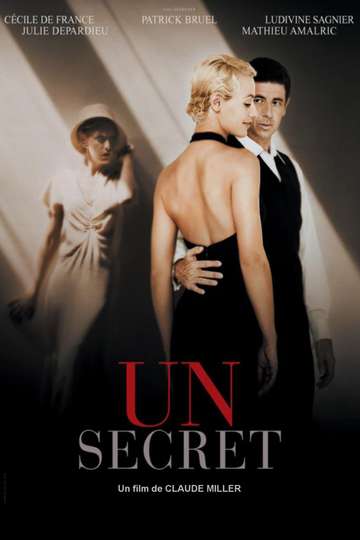 "A 15-year-old boy unearths a shocking family secret."
TMDb Score
64
NR 1 hr 45 minOct 3rd, 2007Drama
In 1953, a sensitive French boy finds out from a neighbor that his family's Jewish. François Grimbert becomes a physician, and gradually peels the layers of his buried family history which resulted in his difficult upbringing, raised as Catholic by his "Aryan" appearing parents. His athletic father labored to stamp out stereotypical Jewish characteristics he perceived in his son, to keep the family's many secrets, as most relatives fought in World War II, and later were hauled off to labor and death camps by the Gestapo.
Show More
DirectorClaude Miller
StarringPatrick BruelCécile de FranceLudivine Sagnier
Movie DetailsWhere to WatchFull Cast & Crew

The Party 2
A young French teenage girl after moving to a new city falls in love w...

Moliere
Molière, a down-and-out actor-cum-playwright up to his ears in debt. W...

The Under-Gifted
The story centers around a graduating class of "less-gifted" students...

The French Kissers
A coming-of-age tale about an adolescent boy and his efforts to fit in...

LOL (Laughing Out Loud)
Lola, a striking teenaged girl who is on the cusp of adulthood, who lo...

Neuilly Yo Mama!
Samy moves from the underdeveloped crime-ridden French suburb to the r...

Skirt Day
A troubled and emotionally fragile woman finds herself at the center o...