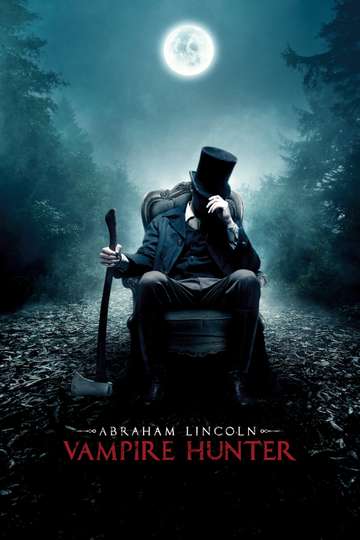 Want to behold the glory that is 'Abraham Lincoln: Vampire Hunter' in the comfort of your own home? Hunting down a streaming service to buy, rent, download, or watch the Timur Bekmambetov-directed movie via subscription can be confusing, so we here at Moviefone want to take the pressure off.

We've listed a number of streaming and cable services - including rental, purchase, and subscription alternatives - along with the availability of 'Abraham Lincoln: Vampire Hunter' on each platform. Now, before we get into all the details of how you can watch 'Abraham Lincoln: Vampire Hunter' right now, here are some details about the Bazelevs Production, Tim Burton Productions, Abraham Productions, Location Gourmet, 20th Century Fox action flick.

Released June 22nd, 2012, 'Abraham Lincoln: Vampire Hunter' stars Benjamin Walker, Dominic Cooper, Anthony Mackie, Mary Elizabeth Winstead The R movie has a runtime of about 1 hr 34 min, and received a user score of 57 (out of 100) on TMDb, which put together reviews from 2,548 respected users.

You probably already know what the movie's about, but just in case... Here's the plot: "President Lincoln's mother is killed by a supernatural creature, which fuels his passion to crush vampires and their slave-owning helpers."

Blade: Trinity
For years, Blade has fought against the vampires in the cover of the n...

Underworld: Evolution
As the war between the vampires and the Lycans rages on, Selene, a for...

Underworld: Rise of the Lycans
A prequel to the first two Underworld films, this fantasy explains the...

Real Steel
Charlie Kenton is a washed-up fighter who retired from the ring when r...

Hansel & Gretel: Witch Hunters
After getting a taste for blood as children, Hansel and Gretel have be...

Dark Shadows
Vampire Barnabas Collins is inadvertently freed from his tomb and emer...