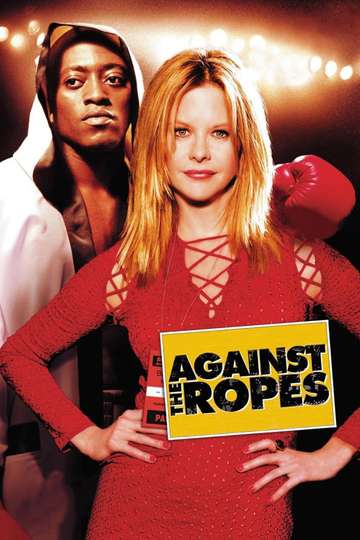 Against the Ropes (2004)Stream and Watch Online

Yearning to watch 'Against the Ropes' on your TV or mobile device at home? Hunting down a streaming service to buy, rent, download, or view the Charles S. Dutton-directed movie via subscription can be tricky, so we here at Moviefone want to do right by you.

We've listed a number of streaming and cable services - including rental, purchase, and subscription alternatives - along with the availability of 'Against the Ropes' on each platform when they are available. Now, before we get into all the details of how you can watch 'Against the Ropes' right now, here are some finer points about the Moviemakers Productions (MMP), Paramount, Cort/Madden Productions, ATR Films, MMP Erste Filmproduktions romance flick.

You probably already know what the movie's about, but just in case... Here's the plot: "A fictional story inspired by North America's most famous female boxing promoter, Jackie Kallen. Her struggle to survive and succeed in a male dominated sport."

'Against the Ropes' Release Dates