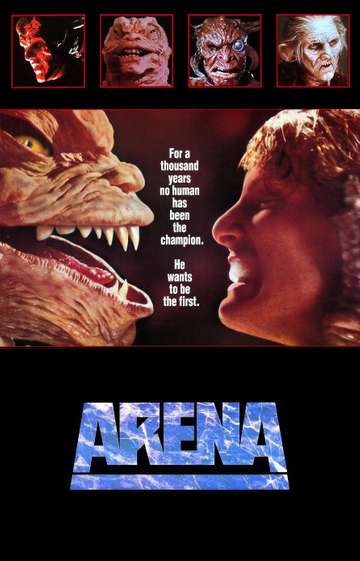 Yearning to watch 'Arena' on your TV, phone, or tablet? Hunting down a streaming service to buy, rent, download, or watch the Peter Manoogian-directed movie via subscription can be tricky, so we here at Moviefone want to do the heavy lifting.

Below, you'll find a number of top-tier streaming and cable services - including rental, purchase, and subscription alternatives - along with the availability of 'Arena' on each platform when they are available. Now, before we get into the various whats and wheres of how you can watch 'Arena' right now, here are some finer points about the Altar Productions, Empire Pictures science fiction flick.

Released September 18th, 1991, 'Arena' stars Paul Satterfield, Hamilton Camp, Claudia Christian, Marc Alaimo The PG-13 movie has a runtime of about 1 hr 34 min, and received a user score of 46 (out of 100) on TMDb, which compiled reviews from 37 top users.

You probably already know what the movie's about, but just in case... Here's the plot: "An intergalactic fighting competition between champions of various worlds has traditionally been won by a species much larger and stronger than humans. Entering the contest, a human finds he has to battle against not just his opponents and his self-doubts, but the corrupt system. Far in the future, on a distant space station, the legendary Arena is where the best fighters from every planet come to vie for the championship. But for over half a century, no Earthling has been good enough to be a contender. Until out of nowhere, comes an underdog: the great human hope, Steve Armstrong... and the best anyone's ever seen. He's been training all his life for a shot at the big time, but now he's up against some mighty big muscle: a ruthless extra-terrestrial crimelord who'll pull no punches to make sure he stops Steve dead. In the mood for hard-hitting sci-fi action? Arena will knock you out!"

'Arena' is currently available to rent, purchase, or stream via subscription on Tubi TV, .