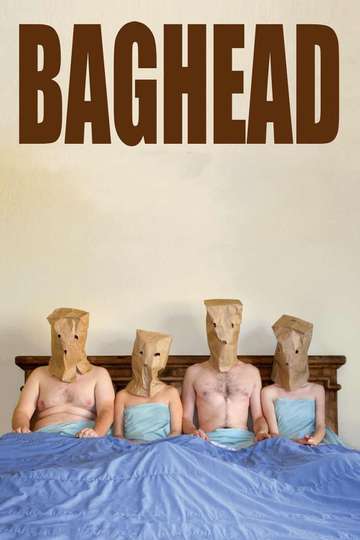 Want to watch 'Baghead' in the comfort of your own home? Tracking down a streaming service to buy, rent, download, or watch the Jay Duplass-directed movie via subscription can be challenging, so we here at Moviefone want to do right by you.

We've listed a number of streaming and cable services - including rental, purchase, and subscription choices - along with the availability of 'Baghead' on each platform when they are available. Now, before we get into the various whats and wheres of how you can watch 'Baghead' right now, here are some particulars about the Duplass Brothers Productions comedy flick.

Released January 21st, 2008, 'Baghead' stars Ross Partridge, Steve Zissis, Greta Gerwig, Elise Muller The R movie has a runtime of about 1 hr 24 min, and received a user score of 59 (out of 100) on TMDb, which compiled reviews from 75 respected users.

You probably already know what the movie's about, but just in case... Here's the plot: "Four actors go to a cabin in the woods to write, direct, and act in a film that will jump-start their careers. Their idea is a horror film about a man with a bag over his head, but what happens when that man mysteriously shows up?"

Palmer
"Family is who you make it."