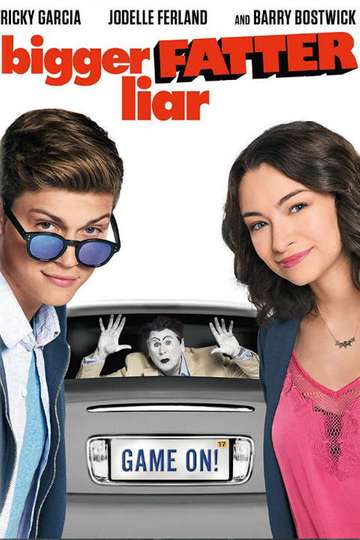 Fancy watching 'Bigger Fatter Liar' on your TV, phone, or tablet? Tracking down a streaming service to buy, rent, download, or watch the Ron Oliver-directed movie via subscription can be difficult, so we here at Moviefone want to do right by you.

Below, you'll find a number of top-tier streaming and cable services - including rental, purchase, and subscription alternatives - along with the availability of 'Bigger Fatter Liar' on each platform when they are available. Now, before we get into the fundamentals of how you can watch 'Bigger Fatter Liar' right now, here are some finer points about the Universal 1440 Entertainment adventure flick.

Released April 18th, 2017, 'Bigger Fatter Liar' stars Ricky Garcia, Barry Bostwick, Jodelle Ferland, Andrew Herr The G movie has a runtime of about 1 hr 26 min, and received a user score of 54 (out of 100) on TMDb, which put together reviews from 62 top users.

Curious to know what the movie's about? Here's the plot: "Kevin Shepard is a tech-savvy young genius who uses his intelligence to slack off. When greedy video game executive Alan Wolf gets a hold of his ideas for a video game, Kevin and his best friend Becca set off for San Francisco to make Wolf's life miserable through a series of pranks."