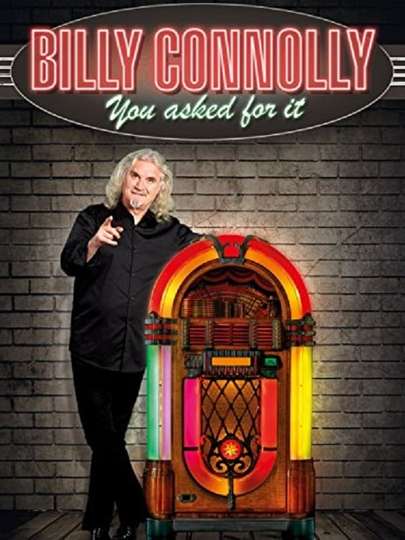 TMDb Score
78
NR 1 hr 36 minNov 21st, 2011Comedy
Billy Connolly’s most requested comedy clips – in addition to his first live TV performance. Billy is universally recognised as the master of observational humour, and here we see the comic genius at his hilarious best. You Asked For It features extracts from Billy’s most popular TV and theatrical stand-up performances, as well as his first ever TV special, broadcast in 1976.
Show More
StarringBilly Connolly
Full Cast & Crew

Billy Connolly
as Himself