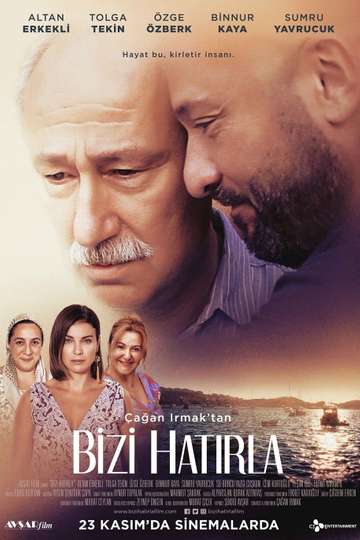 Yearning to watch 'Bizi Hatirla' on your TV or mobile device at home? Searching for a streaming service to buy, rent, download, or watch the Ã‡aÄŸan Irmak-directed movie via subscription can be confusing, so we here at Moviefone want to do the work for you.

Read on for a listing of streaming and cable services - including rental, purchase, and subscription choices - along with the availability of 'Bizi Hatirla' on each platform. Now, before we get into all the details of how you can watch 'Bizi Hatirla' right now, here are some particulars about the AvÅŸar Film drama flick.

Released , 'Bizi Hatirla' stars Altan Erkekli, Tolga Tekin, Ã–zge Ã–zberk, Binnur Kaya The movie has a runtime of about 1 hr 56 min, and received a user score of 87 (out of 100) on TMDb, which collated reviews from 6 well-known users.

Curious to know what the movie's about? Here's the plot: "Kaan (Tolga Tekin) has difficulty getting a higher position in his work where he has built a good career. While he was occupied with his wife, children and his work, he has pretty much neglected his father. Until one day he is obliged to take care of him."

'Bizi Hatirla' is currently available to rent, purchase, or stream via subscription on Apple iTunes, Google Play Movies, and YouTube .