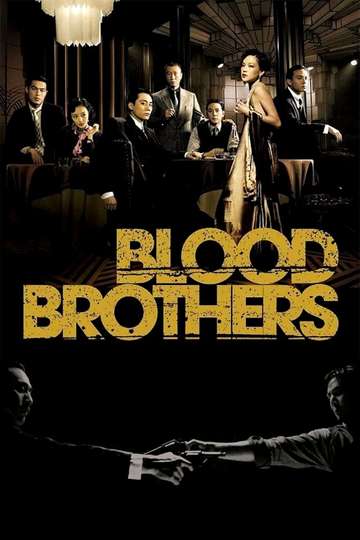 "The days of innocence have passed. They must make their choices like men. But at what costs? Is blood really thicker than water?"
TMDb Score
51
NR 1 hr 35 minAction, Adventure
Fung (Daniel Wu) and his best friends, brothers Kang (Liu Ye) and Hu (Tony Yang), leave the countryside together to make it big in Shanghai. Things aren't so easy in the city, however, and the brothers stumble and toil until opportunity brings them to Club Paradise and ruthless mob boss Hong (Sun Honglei). While Kang embraces his newfound power in the Shanghai triad, Fung and Hu are less comfortable with the crime and violence, sending the brothers slowly but surely down opposite paths. Fung falls for Hong's woman, sassy nightclub singer Lulu (Shu Qi) who is also involved with Hong's top henchman Mark (Chang Chen). When Hong catches scent of the betrayal, he sends Kang to finish off business, leading the brothers to meet at gunpoint on a cold Shanghai night. Set in Shanghai during the 1930s, the story is inspired by John Woo's classic work Bullet in the Head, released in 1990.
Show More
DirectorAlexi Tan
StarringDaniel WuLiu YeChang Chen
Movie DetailsWhere to WatchFull Cast & Crew