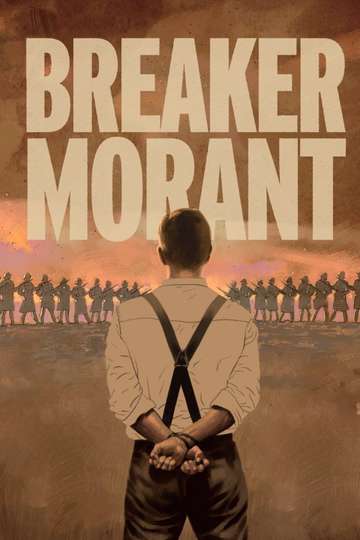 Looking to feast your eyes on 'Breaker Morant' on your TV or mobile device at home? Discovering a streaming service to buy, rent, download, or watch the Bruce Beresford-directed movie via subscription can be difficult, so we here at Moviefone want to do right by you.

We've listed a number of streaming and cable services - including rental, purchase, and subscription choices - along with the availability of 'Breaker Morant' on each platform when they are available. Now, before we get into the various whats and wheres of how you can watch 'Breaker Morant' right now, here are some particulars about the South Australian Film Corporation war flick.

Released December 22nd, 1980, 'Breaker Morant' stars Edward Woodward, Jack Thompson, John Waters, Bryan Brown The PG movie has a runtime of about 1 hr 47 min, and received a user score of 72 (out of 100) on TMDb, which put together reviews from 108 respected users.

You probably already know what the movie's about, but just in case... Here's the plot: "During the Boer War, three Australian lieutenants are on trial for shooting Boer prisoners. Though they acted under orders, they are being used as scapegoats by the General Staff, who hopes to distance themselves from the irregular practices of the war. The trial does not progress as smoothly as expected by the General Staff, as the defence puts up a strong fight in the courtroom." .

Midway
"A war's defining battle. A nation's defining moment."
Gallipoli
"From a place you've never heard of, comes a story you'll never forget."
The Mission
"One will trust in the power of prayer. One will believe in the might of the sword."
Glory
"Their innocence. Their heritage. Their lives."
Das Boot
"When the hunters become the hunted."

We Were Soldiers
"400 U.S paratroopers. 4,000 Vietnamese soldiers. 12,000 miles away from home. 1 man led them into battle."
The Killing Fields
"Here, only the silent survive."
Casualties of War
"Even in war… murder is murder."

Black Hawk Down
"Leave No Man Behind."

Braveheart
"Every man dies. Not every man truly lives."

‘The Wicker Man’ TV Series in the Works