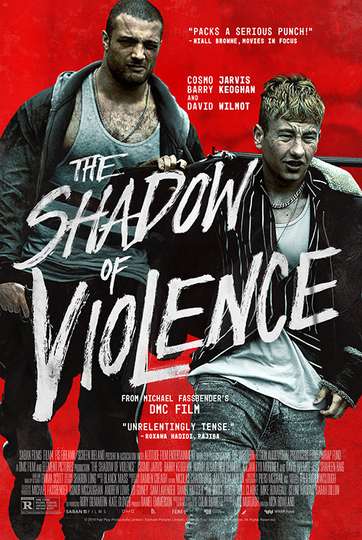 The Shadow of Violence (2020)Stream and Watch Online

Want to behold the glory that is 'The Shadow of Violence' in the comfort of your own home? Tracking down a streaming service to buy, rent, download, or view the Nick Rowland-directed movie via subscription can be difficult, so we here at Moviefone want to do the work for you.

We've listed a number of streaming and cable services - including rental, purchase, and subscription options - along with the availability of 'The Shadow of Violence' on each platform when they are available. Now, before we get into the nitty-gritty of how you can watch 'The Shadow of Violence' right now, here are some specifics about the Screen Ireland, Element Pictures, Film4 Productions, Altitude Film Entertainment, DMC Film, WRAP Fund crime flick.

Released July 31st, 2020, 'The Shadow of Violence' stars Cosmo Jarvis, Barry Keoghan, Niamh Algar, Ned Dennehy The movie has a runtime of about 1 hr 40 min, and received a user score of 64 (out of 100) on TMDb, which assembled reviews from 78 experienced users.

You probably already know what the movie's about, but just in case... Here's the plot: "In darkest rural Ireland, ex-boxer Douglas 'Arm' Armstrong has become the feared enforcer for the drug-dealing Devers family, whilst also trying to be a good father to his autistic five-year-old son, Jack. Torn between these two families, Arm's loyalties are truly tested when he is asked to kill for the first time."

The Green Knight
"When honor was everything."

Joker
"Put on a happy face."

The Rise
"He gave a year of his life. Now he's stealing it back."
Thelma
Eyes Wide Shut
"Cruise. Kidman. Kubrick."

The Magnificent Seven
"Justice has a number."

Baby Driver
"All you need is one killer track."

Alien
"In space no one can hear you scream."