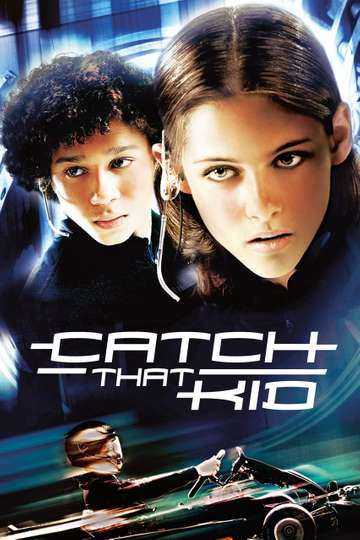 Want to behold the glory that is 'Catch That Kid' on your TV, phone, or tablet? Hunting down a streaming service to buy, rent, download, or watch the Bart Freundlich-directed movie via subscription can be confusing, so we here at Moviefone want to do the heavy lifting.

Below, you'll find a number of top-tier streaming and cable services - including rental, purchase, and subscription choices - along with the availability of 'Catch That Kid' on each platform when they are available. Now, before we get into the various whats and wheres of how you can watch 'Catch That Kid' right now, here are some details about the 20th Century Fox, Nimbus Film, Fox 2000 Pictures, Mad Chance, Mediastream Dritte Film GmbH & Co. Beteiligungs KG, Splendid Productions action flick.

Released February 6th, 2004, 'Catch That Kid' stars Kristen Stewart, Max Thieriot, Corbin Bleu, Jennifer Beals The PG movie has a runtime of about 1 hr 32 min, and received a user score of 56 (out of 100) on TMDb, which collated reviews from 251 respected users.

What, so now you want to know what the movie's about? Here's the plot: "Athletic 12-year-old Maddy (Kristen Stewart) shares an enthusiasm for mountain climbing with her father, Tom (Sam Robards). Unfortunately, Tom suffers a spinal injury while scaling Mount Everest, and his family is unable to afford the surgery that can save him. Maddy decides to get the money for her father's operation by robbing a high-security bank. She relies on her climbing skills and help from her geeky friends (Max Thieriot, Corbin Bleu) to pull it off successfully."

Herbie Fully Loaded
"Start your engines..."
The Santa Clause
"What if your dad was Santa Claus?"

Cheaper by the Dozen 2
"Same Big Family... Even Bigger Adventure."
Big Fat Liar
"Two friends are about to cut one Hollywood big shot down to size."

Adventureland
"Nothing brings people together like a crappy summer job."

Wild Hogs
"A lot can happen on the road to nowhere."
Dr. Dolittle 2
"The doctor is in again."

Daddy Day Care
"Who's your daddy?"

Ella Enchanted
"Get enchanted"
The Adventures of Sharkboy and Lavagirl
"Smaller heroes. Just as super."

Cheaper by the Dozen
"Growing pains? They've got twelve of them!"

Sky High
"Saving The World... One Homework Assignment At A Time."