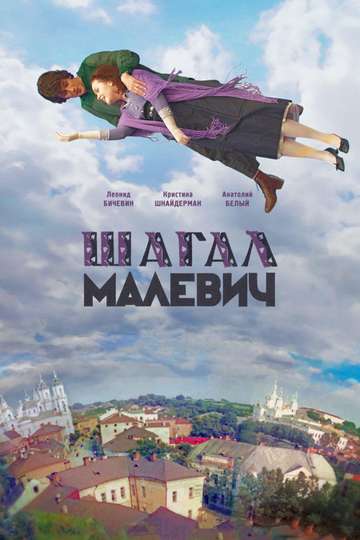 TMDb Score
78
NR 1 hr 59 minDrama
The film is an attempt to recreate the world of Marc Chagall and his myth within the genre of a folklore ballad. We are not exploiting Chagall's images, but are attempting to create a dramatized projection of his creativity onto the movie screen, relying on both, facts and fantasy (as Chagall himself would).The story is based on real events which occurred at the time of Chagall's short-lived period in Vitebskin in 1917-18, during which time he creates the Academy of Modern Art, inspired by his dreams of a bright and beautiful future. Many pictures by Chagall and Malevich are used in the film.
Show More
DirectorAleksandr Mitta
StarringLeonid BichevinAnatoly BelyyKristina Shnayderman
Full Cast & Crew