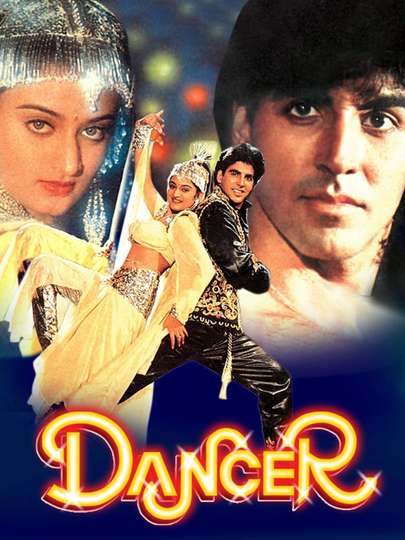 Want to behold the glory that is 'Dancer' on your TV, phone, or tablet? Discovering a streaming service to buy, rent, download, or watch the Kishore Vyas-directed movie via subscription can be difficult, so we here at Moviefone want to do right by you.

Read on for a listing of streaming and cable services - including rental, purchase, and subscription choices - along with the availability of 'Dancer' on each platform. Now, before we get into the nitty-gritty of how you can watch 'Dancer' right now, here are some details about the action flick.

Released , 'Dancer' stars Akshay Kumar, Kirti Singh, Mohnish Behl, Laxmikant Berde The movie has a runtime of about 2 hr 33 min, and received a user score of (out of 100) on TMDb, which collated reviews from top users.

Want to know what the movie's about? Here's the plot: "Malti witnesses a physical altercation between her husband and Rai Bahadur Brijbhushan Sharma, as a result of which her husband gets knifed and killed. As she tries to take the knife out, the Police arrive, arrest her, and hold her in a cell. It is here that Brijbhushan visits her and warns her not to testify against him as he will kill her son, Raju. Malti accepts full responsibility of her husband's death, is found guilty, and sentenced to 14 years in jail. After her discharge, she is released and finds out that Raju is now known as Raja is very popular dancer and singer. She also gets to meet Radha and her brother, Dattu, who are looking after Raju, and hopes that her son will eventually marry Radha. She subsequently comes to know that Raju loves Priya, who is the daughter of none other than Brijbhushan. Malti is not ready to expose Brijbhushan as her husband's killer - she has other plans for him, and none of her plans include Priya as her future daughter-in-law."

'Dancer' is currently available to rent, purchase, or stream via subscription on Amazon Video .