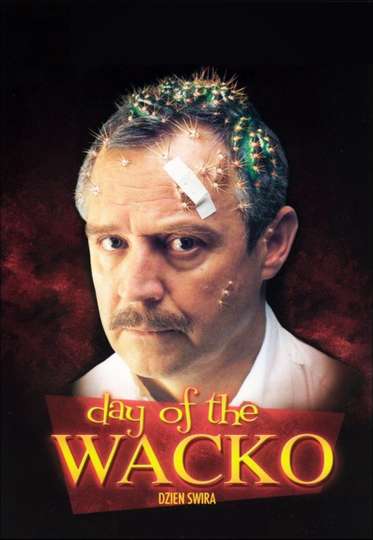 TMDb Score
76
NR 1 hr 33 minNov 15th, 2002Comedy
It is a bitter story about a middle-aged man, who hates his life and other people, including himself. Adam Miauczynski, the character known from director Marek Koterski's previous films, is a 44 year-old teacher, who reads poetry during school lessons and later goes home swearing and calling his neighbours' names. The worst pain for him is the next 5 minutes of living. He doesn't accept himself and even everyday contacts with others cause his aggression. Though constantly dreaming of a romantic love, he is not bold enough to make his dreams come true. The desperate Miauczynski personalizes our own fears and obsessions, which have become so visible recently.
Show More
DirectorMarek Koterski
StarringMarek KondratAndrzej GrabowskiPiotr Machalica
Movie DetailsWhere to WatchFull Cast & Crew

King Size
A comedy. The story follows a young scientist in the contemporary worl...

Gods
Set in communist Poland of the 80s the movie depicts early career of c...

Kogel-mogel
Following the emotions associated with entrance examinations to the fa...

Sexmission
Two scientists are chosen as guinea pigs for a time experiment: they a...

The Career of Nikos Dyzma
Nikos is a master of funeral ceremonies (that's undertaker to you and...

How I Unleashed World War II, Part II: Following The Arms
After escaping across Europe from Stalag camp, Dolas's ride to Cyprus...