In the summer of 1967, rioting and civil unrest starts to tear apart the city of Detroit. Two days later, a report of gunshots prompts the Detroit Police Department, the Michigan State Police and the Michigan Army National Guard to search and seize an annex of the nearby Algiers Motel. Several policemen start to flout procedure by forcefully and viciously interrogating guests to get a confession. By the end of the night, three unarmed men are gunned down while several others are brutally beaten. 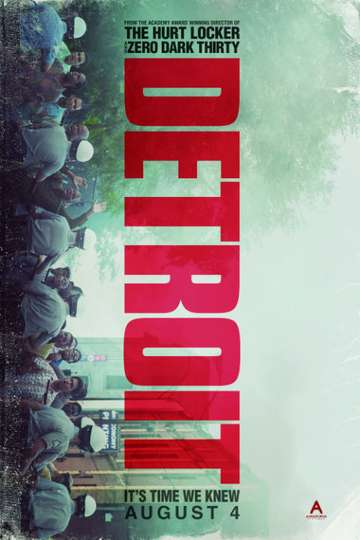 Gilbert
"a Gilbert Gottfried story"
Fyre Fraud
Living with Michael Jackson: A Tonight Special
Peter Pan
To Be Takei
"A star’s trek for life, liberty, and love."
Shillings from Heaven
Live in Front of a Studio Audience: Norman Lear's "All in the Family" and "The Jeffersons"
Not Cool
Miranda Sings Live... Your Welcome
"Get ready to have your minds freakin' blown"
The Six Degrees of Helter Skelter
"Enter the demented mind of Charles Manson."
Jupiter's Moon

Strangers with Candy
"Going to high school for the first time is always scary... Especially the second time around."
Helter Skelter
"How did one man turn all-American teens into cold-blooded killers?"